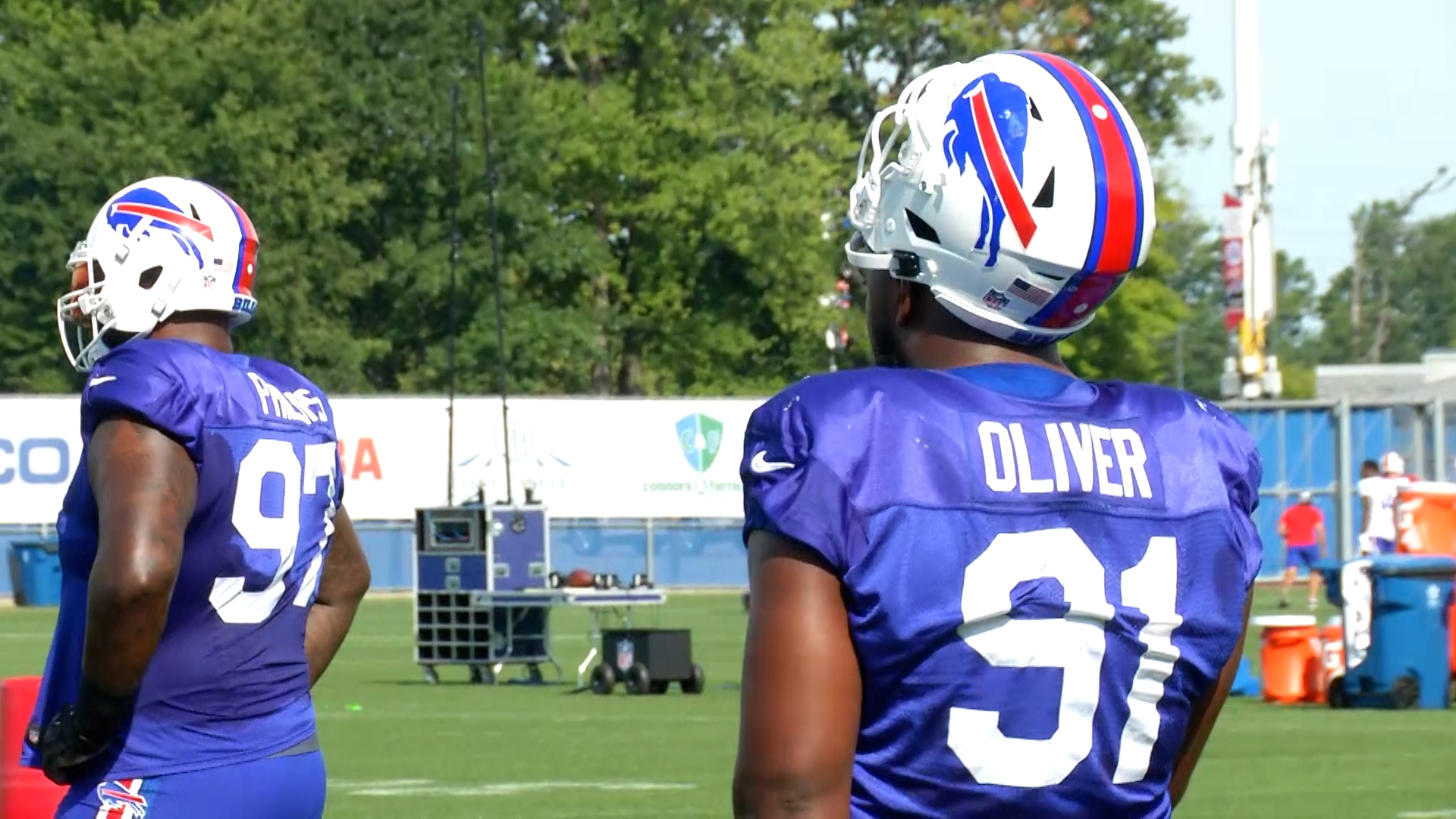 ORCHARD PARK, NY (WHEC) – The Bills held their second practice in advance of Monday night’s home opener against the Titans. They could be without defensive lineman, Ed Oliver, who sustained an ankle injury in the 2nd quarter of last week’s win over the Rams.

Head Coach Sean McDermott didn’t say whether or not Oliver is expected to heal up in time for Week 2’s matchup.

Though Oliver was out on the practice field with the team, he wasn’t dressed in uniform and had his right ankle taped.

Elsewhere on the defense, CB Dane Jackson was sidelined due to a knee issue. If he can’t be ready in time for this week’s game, 1st rounder Kaiir Elam would be in line to start opposite fellow rookie corner Christian Benford, who did so last week. Elam played 30 defensive snaps against the Rams and registered three tackles in the process. Benford had that same production output while playing nine more defensive snaps. On Monday, Coordinator Leslie Frazier mentioned he was happy with how both guys played on opening night, and “they handled the rotation very good.”

Buffalo hasn’t committed to putting one over the other but them already missing All-Pro CB Tre’Davious White and Jackson’s uncertainty could mean both are in the field come Tennessee’s first offensive drive.