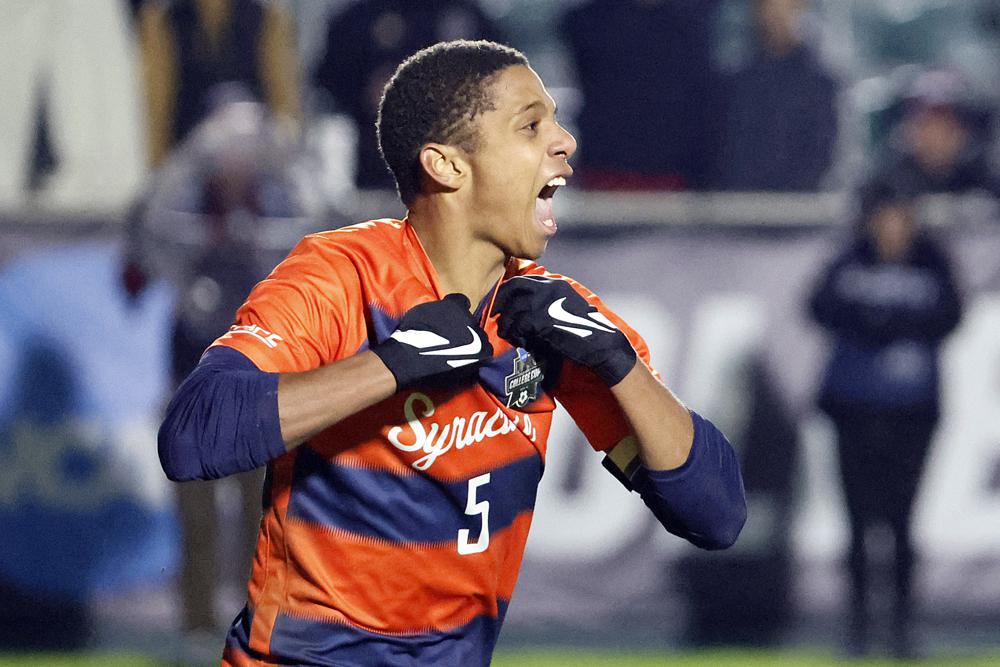 It was the longest penalty shootout in the history of the College Cup.

Indiana tied it at 2-all in the 80th minute before the title game went to overtime for the sixth time in nine years. After two scoreless 10-minute overtime sessions, each goalkeeper had a diving save in the second round before the next 10 players scored.

“Amferny Sinclair, how bout this guy? Captain, leader spiritually, on the field covers every blade of grass and for him to step up and score the winning penalty, I think it was written,” Syracuse coach Ian McIntyre said.

Syracuse (19-2-4) was playing in its first men’s soccer title match after setting a program record in the semifinals with its 18th win. The Orange became just the second team in ACC history to win its division, conference tournament, and national championship in a single season – joining North Carolina in 2011.

Nathan Opoku was the star of the first half. He opened the scoring in the 24th minute with his 11th goal of the season to snap Indiana’s string of four straight games without allowing a goal in the tournament.

Opoku eluded two defenders at the corner of the 18-yard box and curled it into the top left corner of the net. He also played a role in Syracuse’s second goal when he drew defenders at the edge of the box and chipped a cross in front of goal that Curt Calov settled and poked in. Calov entered as a substitute and scored one minute, 26 seconds later for a 2-1 lead.

Indiana (14-5-6) was in the title match for an NCAA-record 17th time – and the second in three seasons. The eight-time champion Hoosiers last won the title in 2012, the third year of the Todd Yeagley era.

Patrick McDonald scored for Indiana in the first half on a corner kick. Herbert Endeley tied it at 2-all when a deflected cross fell to his feet at the top of the 18-yard box and he hammered it home.