AVON, N.Y. (WHEC) — Police report an arrest in Avon, where two Monroe County men were pulled over and found in possession of drugs.

According to police, Stephen Brongo, 42, was pulled over on I-390 for violations of the NYS vehicle and traffic law.

Deputies discovered Brongo’s license was suspended and there was an active warrant for his arrest in the town of Greece. They say that he also was in possession of crack cocaine.

During the roadside investigation, it is also alleged that Brongo’s passenger, 29-year-old Byron R. Davis, also of Rochester, was in possession of approximately one ounce of Methamphetamine.

Brongo was arrested and charged with criminal possession of a controlled substance in the seventh degree, aggravated unlicensed operation of a motor vehicle in the third degree, as well as other violations of vehicle and traffic law. 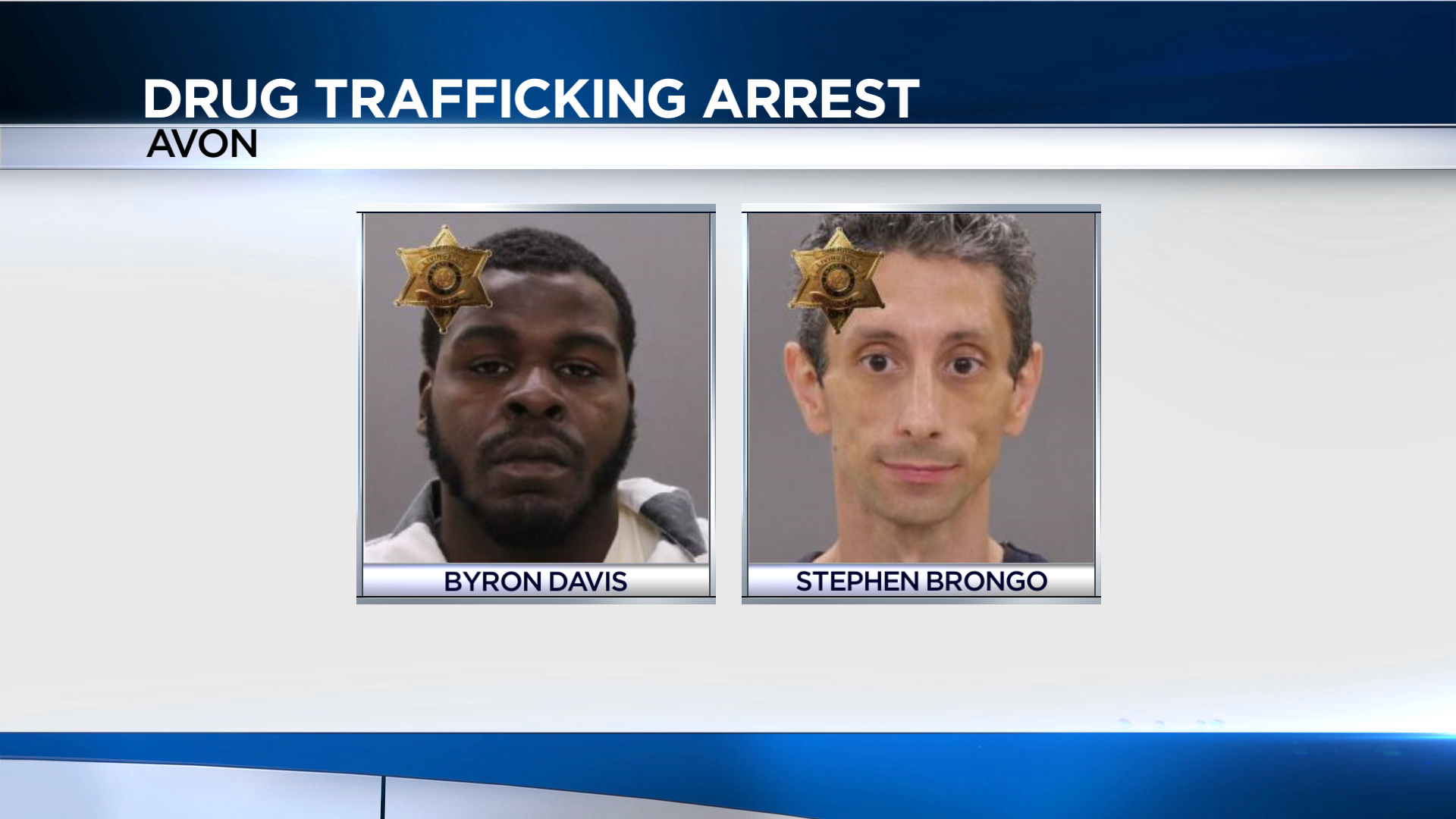