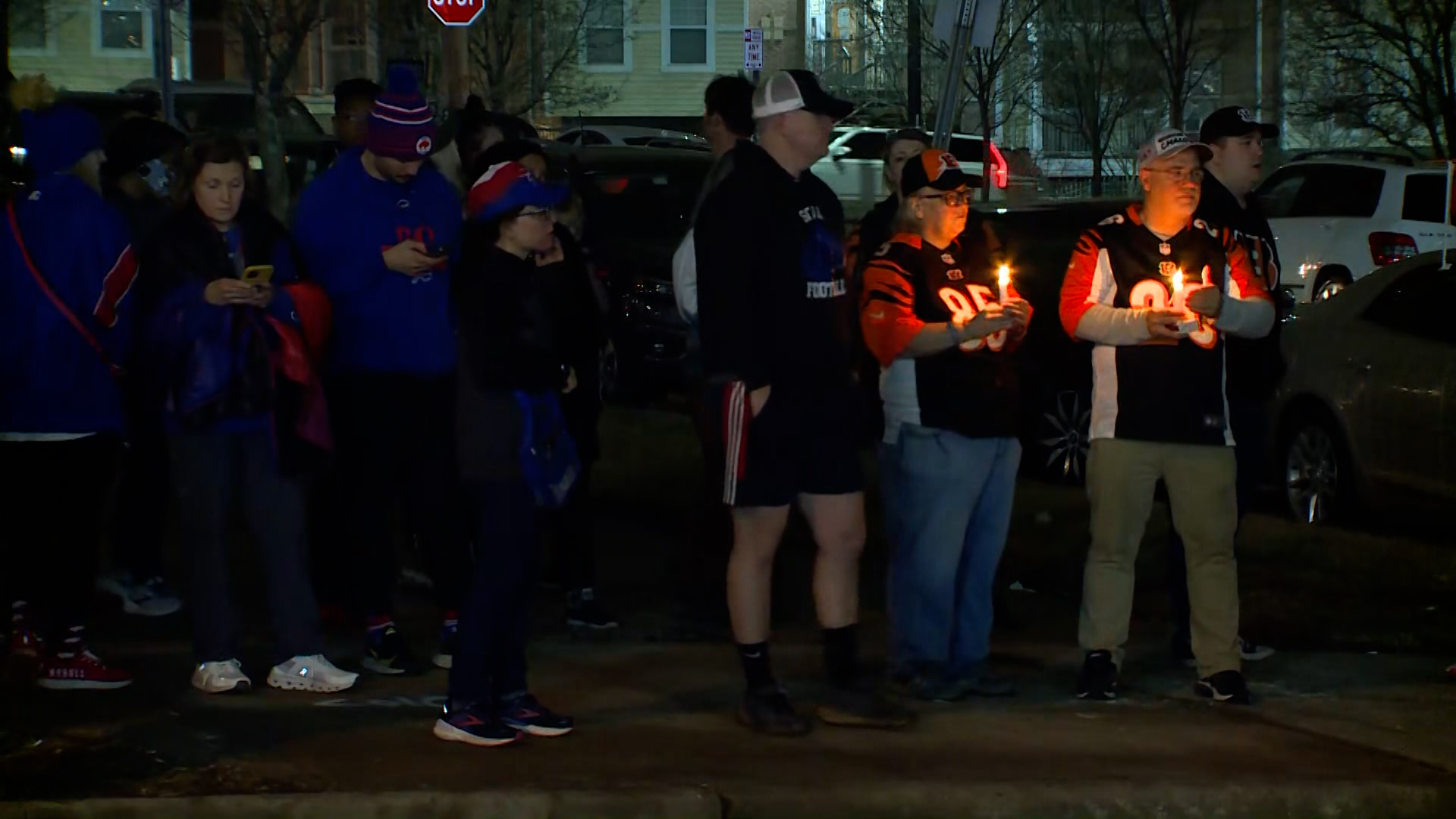 People gather at the hospital where Damar Hamlin is in critical condition. (Photo: WLWT)

BUFFALO, N.Y. – In Cincinnati, in Buffalo, in Rochester, and beyond, Buffalo Bills fans – and football fans in general – are pulling for Damar Hamlin.

The Bills safety was injured during Monday night’s game against the Bengals. He collapsed on the field in the first quarter after a hit. CPR was performed and he was taken away by ambulance. He is in critical condition at a Cincinnati hospital, according to the team.

At the Exchange Sports Bar, fans gathered to cheer on their beloved Bills – and watched, stunned, after Hamlin was hit. The look of shock on the players’ faces was reflected on their own.

“When you see a grown man cry. When you see Josh Allen, a 6’5″, 240 pound player, crying, with his team, the leader, it’s serious. So when you see that on national television, it really brings things and people down to earth to say, ‘Hey, you know, we just need a pause.’ We just need to thank God for our lives, pray for this man his family and hope he’s OK,” Thomas Pecora said.

Bills fans and many others have donated to support a charity created by Hamlin, the Chasing M’s Foundation Community Toy Drive, as a sign of support. As of 5 a.m. Tuesday, the charity had nearly raised $3.1 million.

The City of Cincinnati also lit up its buildings in blue to show support for Hamlin and the Bills, according to NBC affiliate WLWT.