‘We want to play for 3’: Bills take practice field amid encouraging news on Damar Hamlin’s recovery ahead of Sunday’s game

ORCHARD PARK, N.Y. – The Bills were back in their gear Thursday, running plays and executing strategy, days after their teammate collapsed Monday night just minutes into their contest with Cincinnati.

Quarterback Josh Allen, who wiped away tears Monday when safety Damar Hamlin collapsed after making a tackle, was all smiles – as were several other players.

Hamlin, 24, has been in the intensive care unit at the University of Cincinnati Medical Center since Monday. On Thursday, doctors gave encouraging news about his progress, saying he was “neurologically intact” and able to communicate with by nodding and shaking his head.

And, given a piece of paper, one of the first questions he asked was who won the game.

“One of our partners, when asked did we win, his answer was, ‘Yes, Damar, you won. You’ve won the game of life,'” Dr. Timothy Pritts said. 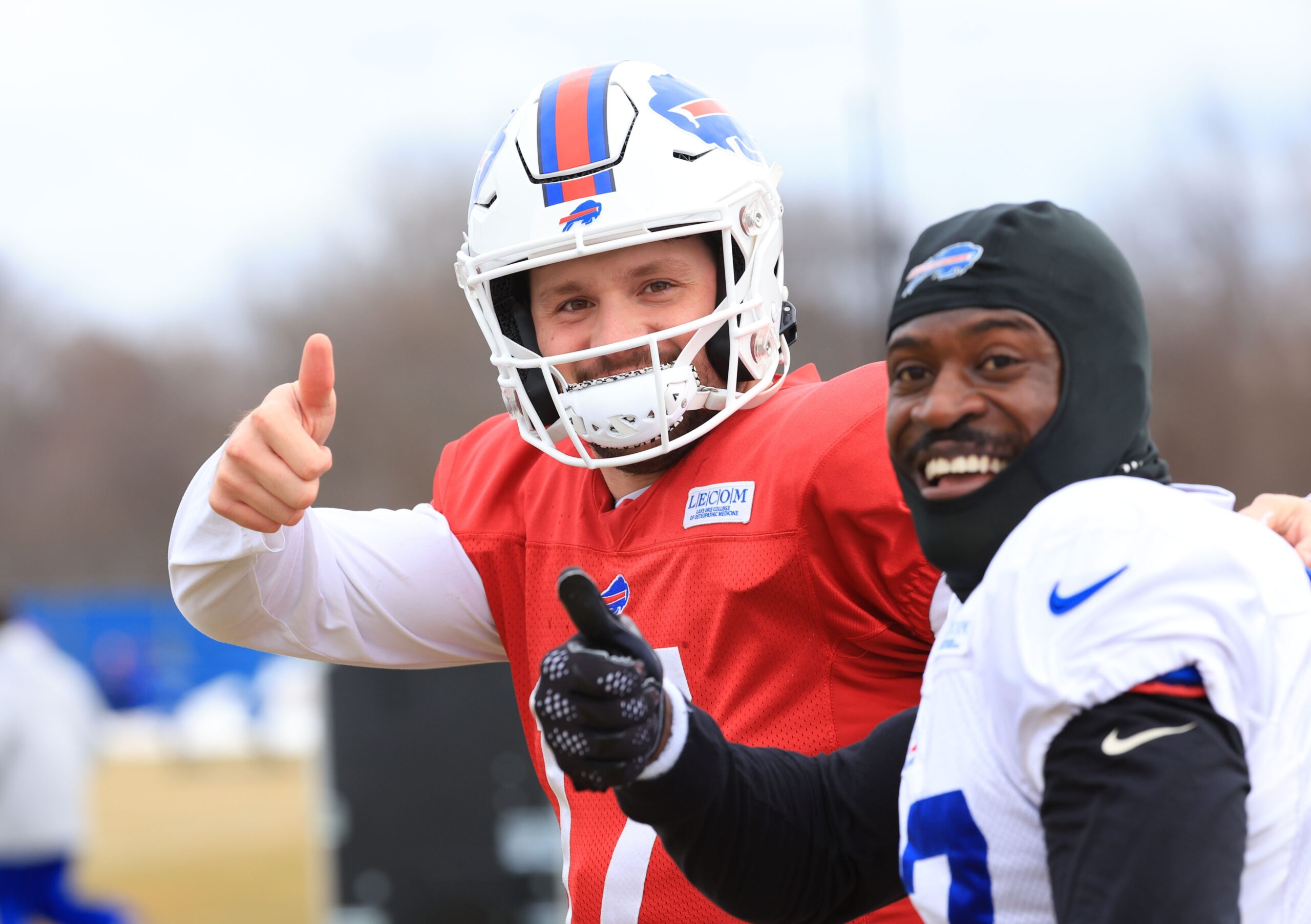 Shortly after practice ended, the Bills addressed the media for the first time since Monday night’s game. And if one word could describe the mood, it was “emotional.”

“The scene just replays over and over in your head and it’s hard to answer that question and describe how I felt, how my teammates felt in that moment. It’s something we’ll never forget,” said Bills QB Josh Allen.

Allen and McDermott held back tears a few times during the press conference.

But then, something very strange, sort of inappropriate, but also very breathtaking happened.

A cell phone, playing a song, rang loudly for everyone to hear. Murmurs across the room tried to figure out whose it was. It was tense.

And then, some people laughed.

And pretty soon, everyone in the room joined in. It felt as if the seriousness of the week coupled with the great news, sort of helped everyone relax for just a moment in time.

There was a lot of hope. And love too.

“We just want to love up on him, you know? So the next chance we get. I don’t know when it’s going to be. If we if we get to see him any time soon, it’s going to be awesome,” said Allen.

The Bills will try and bottle up all of that emotion and play a football game, Sunday afternoon, at home.

You can watch the full press conference below.