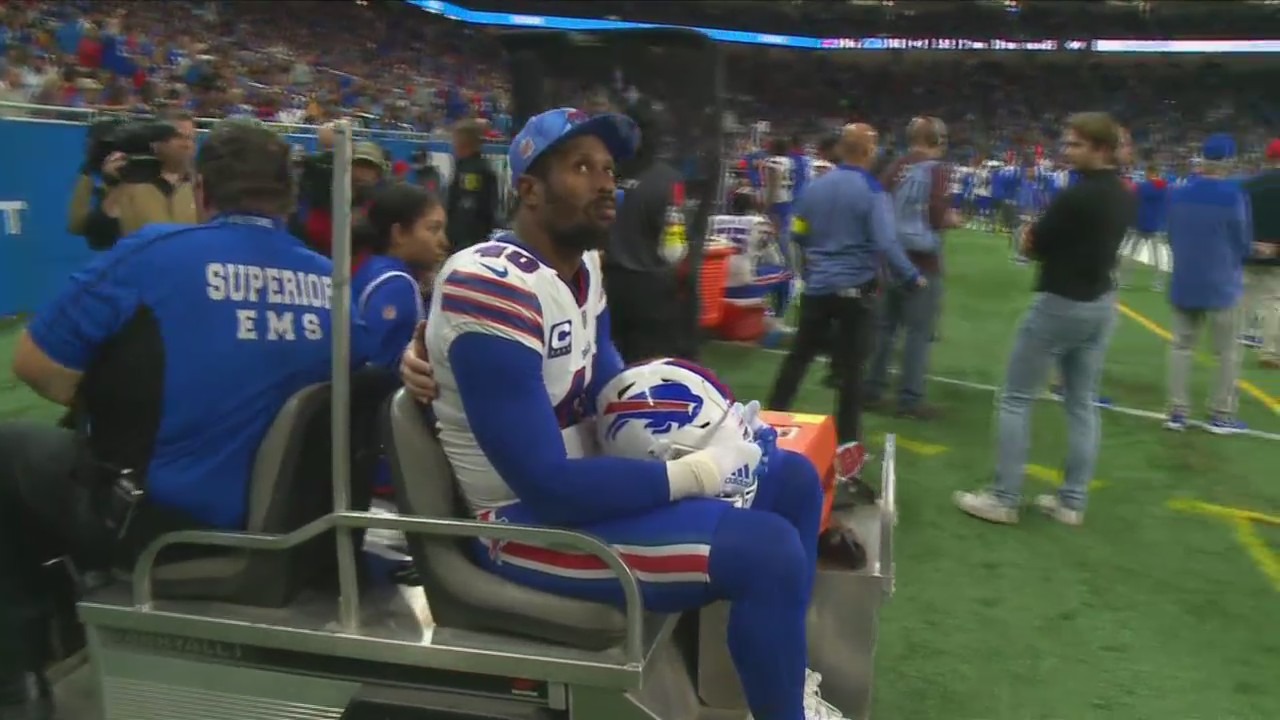 BUFFALO, N.Y. — Bills linebacker Von Miller is out for the season with an ACL tear, according to Coach Sean McDermott.

Miller was injured during the Thanksgiving game against the Detroit Lions. The Bills say doctors discovered that he had an ACL tear during an exploratory surgery.

In a video to fans, Miller spoke to Bills fans. He said he’ll be back and better than ever and he’s in a good spot mentally. “I love you guys and I appreciate you guys,” he said.

Within hours of the announcement that Miller is out for the season, Bills mafia began donating to Von’s Vision. The charitable foundation provides access to free eye exams and glasses to students in need in the Denver area.

Many are donating $40, which is Von Miller’s number. The recovering star thanked fans in an Instagram post from his hospital bed. You can donate to Von’s Vision here.