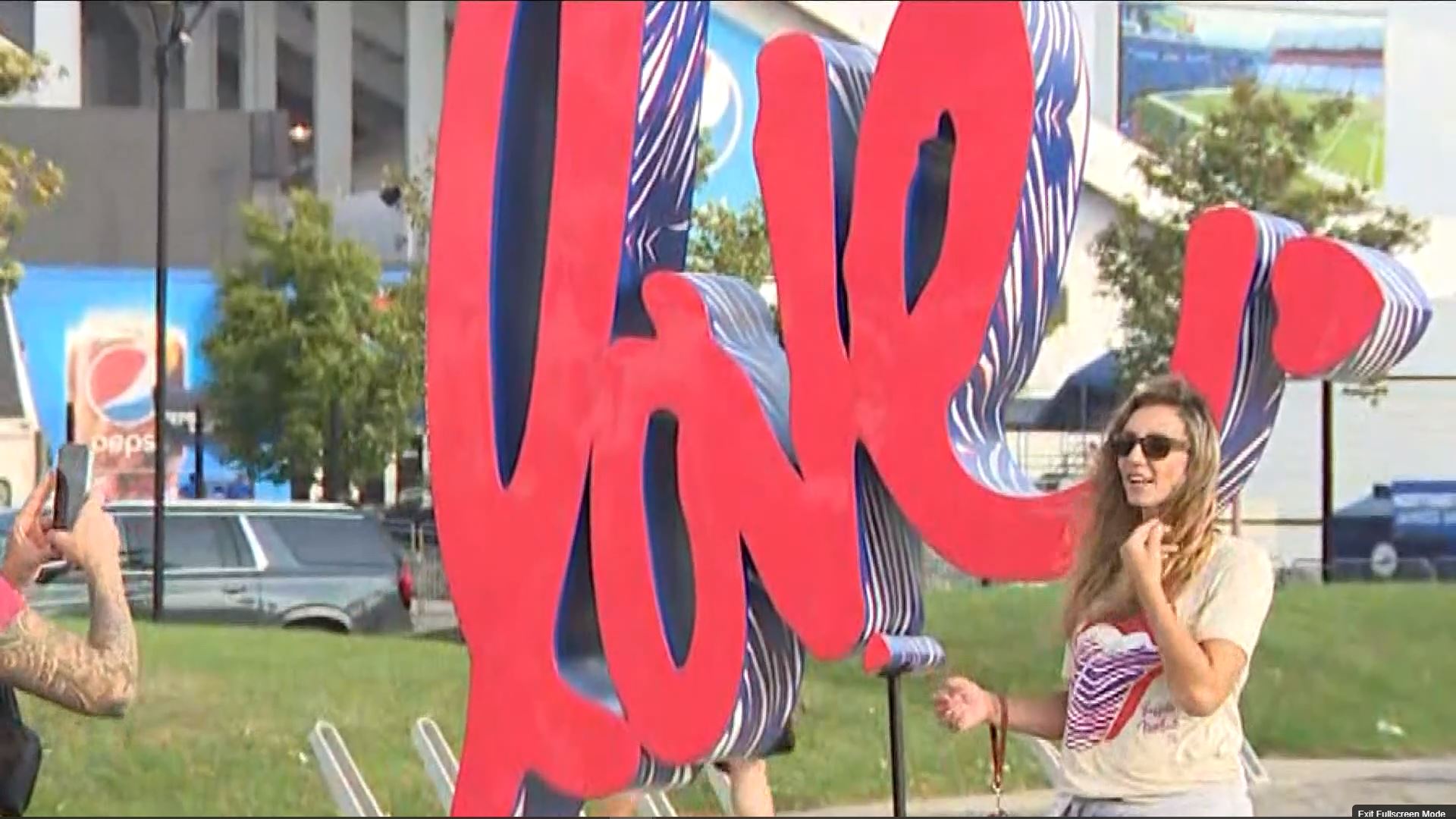 ORCHARD PARK, N.Y. — To say the past four months have been tough for the City of Buffalo would be an understatement.

But with the new Bills season comes new beginnings because, for the first time in a long time, it’s about more than football. It’s about love.

“It stands for everything our community believes in,” said Graham. “We believe in helping our neighbors. We believe in rallying together for the community. It’s terrible what happened, but I’ll tell you what, this community has rallied and we’re here for each other.”

That’s support for each other, which can now be seen all around Highmark Stadium, from murals to this sculpture, thanks to artists like Ruben Rojas, who was inspired by all that the city has overcome.

“We shouldn’t have to worry about being shot by the color of our skin, by who we are, by our orientation, by our beliefs,” Rojas said. “That shooting inspired this entire campaign.”

He says he sees this sculpture as a symbol to encourage Buffalo to not put what happened in the past, but allow it to remind the community to choose love in the future.

“Art heals, at the bottom line,” Rojas said. “I believe it. I’ve experienced it. And I believe wholeheartedly that this is going to be a consistent reminder for people to not forget, and not to sit in like the fear side of it, but realize that like this tragedy united us.”