UPDATE: French authorities have opened an investigation into the disappearance of missing St. John Fisher University student Ken Deland. The 22-year-old has been missing in France for more than two weeks.

Fisher released this statement on Monday:

“St. John Fisher University will continue to do all it can to assist in the investigation to find Kenneth DeLand. University officials have stayed in close contact with the American Institute for Foreign Study (AIFS) who is working with local law enforcement on the search, as well as Kenneth’s family to offer support to them during this time. Our campus community remains hopeful that Kenneth will be found safe and return home.”

“News of Ken’s disappearance is worrisome and has certainly taken everyone by surprise. I first met Ken when he was a senior in high school and presented him with a proclamation at his Eagle Scout ceremony. Ken later became an intern in my Senate office from 2019 to 2020 and brought a positive energy with him every day. I pray that he is found safe and returns home soon to be with his family.” 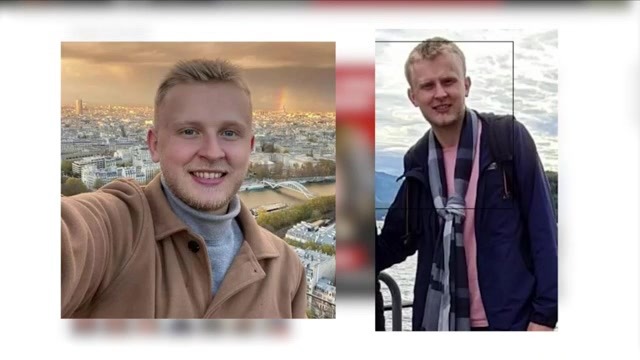 His family is eager to find out what happened to their son. For Ken DeLand Sr. and his wife, Jennifer, sitting by the phone has been excruciating.

They say he typically calls almost everyday: to his dad, his stepmom, mother, Carol, or brother. But the calls stopped abruptly almost 14 days ago, and no one knows his whereabouts in France.

DeLand says his son has traveled to parts of France and other neighboring counties. But he recently packed his bags, left his host family, and appeared to go on another trip. According to his bank account, the younger DeLand used his debit card recently.

“The transaction happened at a sporting goods store where he came in, made a purchase, and they caught him on tape,” he said.

That’s the last he’s been heard from. And DeLand says because of French privacy laws, authorities there won’t provide any information due to his son being an adult. They believe he may be heading toward the South of France. Meanwhile, DeLand has been looking for local help.

“I personally reached out to the Embassy,” DeLand said. “I contacted Claudia Tenney’s office – the Congresswoman – and her assistant was able to bring the case to the Embassy and a Congressional inquiry was started.”

The family has also started a website to gather tips.