ROCHESTER, N.Y. — The New York State Public High School Athletic Association announced on Wednesday that it will be pushing back the regional football games in western New York.

It says the decision was made due to the “impending snowstorm and snowfall totals” expected Thursday night into Sunday.

Instead of games this Friday and Saturday, the games will be played on Monday at the host schools in Section V.

“Both the concerns of the section VI teams having to travel into the Rochester area and the potential of the snow band really affecting Rochester as well. We just really didn’t think playing any of the games on either Friday or Saturday was a realistic possibility,” said Chris Watson, the director of communications for NYSPHSAA.

McQuaid, Hilton, Batavia, Attica, and Oakfield-Alabama are all set to play on Monday at 6 p.m. 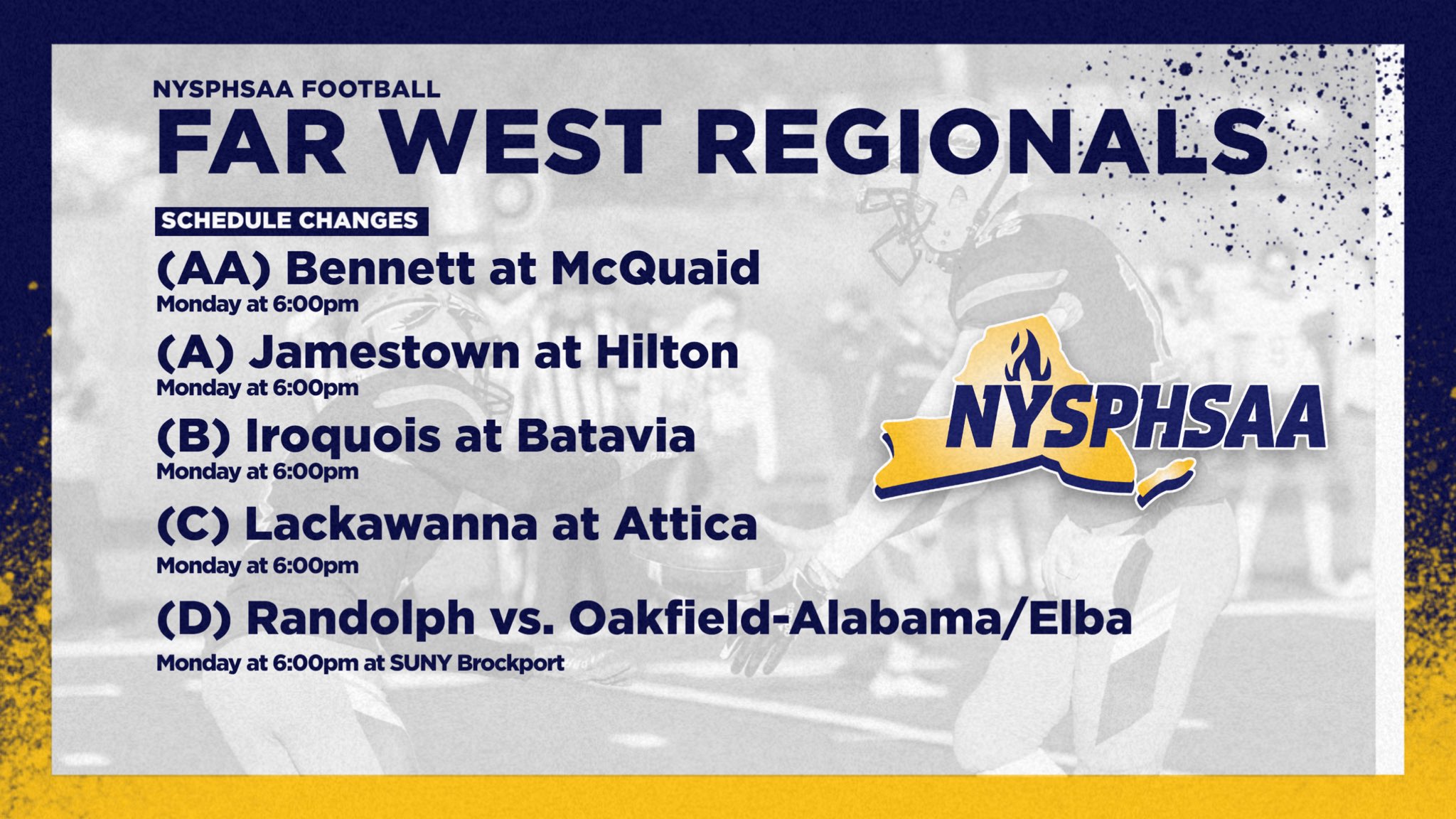