WEBSTER, N.Y. — New York State Police say Greg Hixenbaugh, 52 of Churchville, is the name of the man who was killed in a fiery roll-over crash in Webster on Sunday.

Police say Hixenbaugh died at the scene of the crash on Route 104. Officials say a trooper had been trying to pull him over for allegedly speeding when the car went off the road and hit the wall underneath the bridge at Five Mile Line Road.

The car rolled onto its roof and caught fire. The investigation is ongoing. 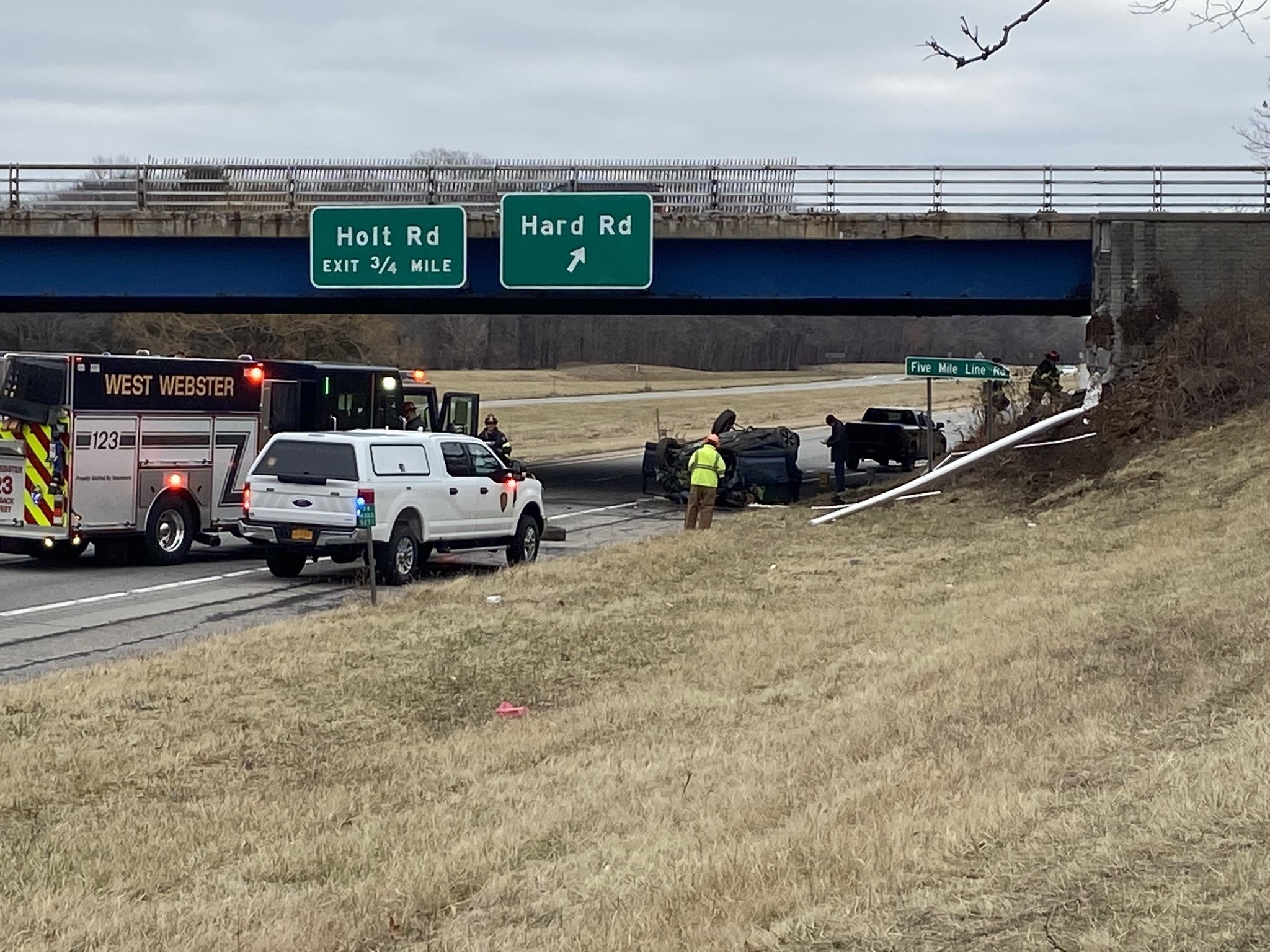