Frazier On Tre White: “He’s Chomping At The Bit To Get Going”

ORCHARD PARK, N.Y. – A Bills defense that’s already allowing an NFL best, 13.5 points a game, may soon be getting back one of their treasured players. Tre’Davious White is expected to begin his second week of practice following a return from an ACL tear last Thanksgiving.

“He’s chomping at the bit to get going,” Frazier said. “Just deferring to the doctors and them letting us know based on his recovery from one practice to the next.”

Though he didn’t play in Week 7’s win over the Chiefs, White practiced with a non-contact jersey in a limited fashion throughout the week. Buffalo’s starts up Week 8 practices on Wednesday ahead of Sunday Night’s game at home against the Packers. 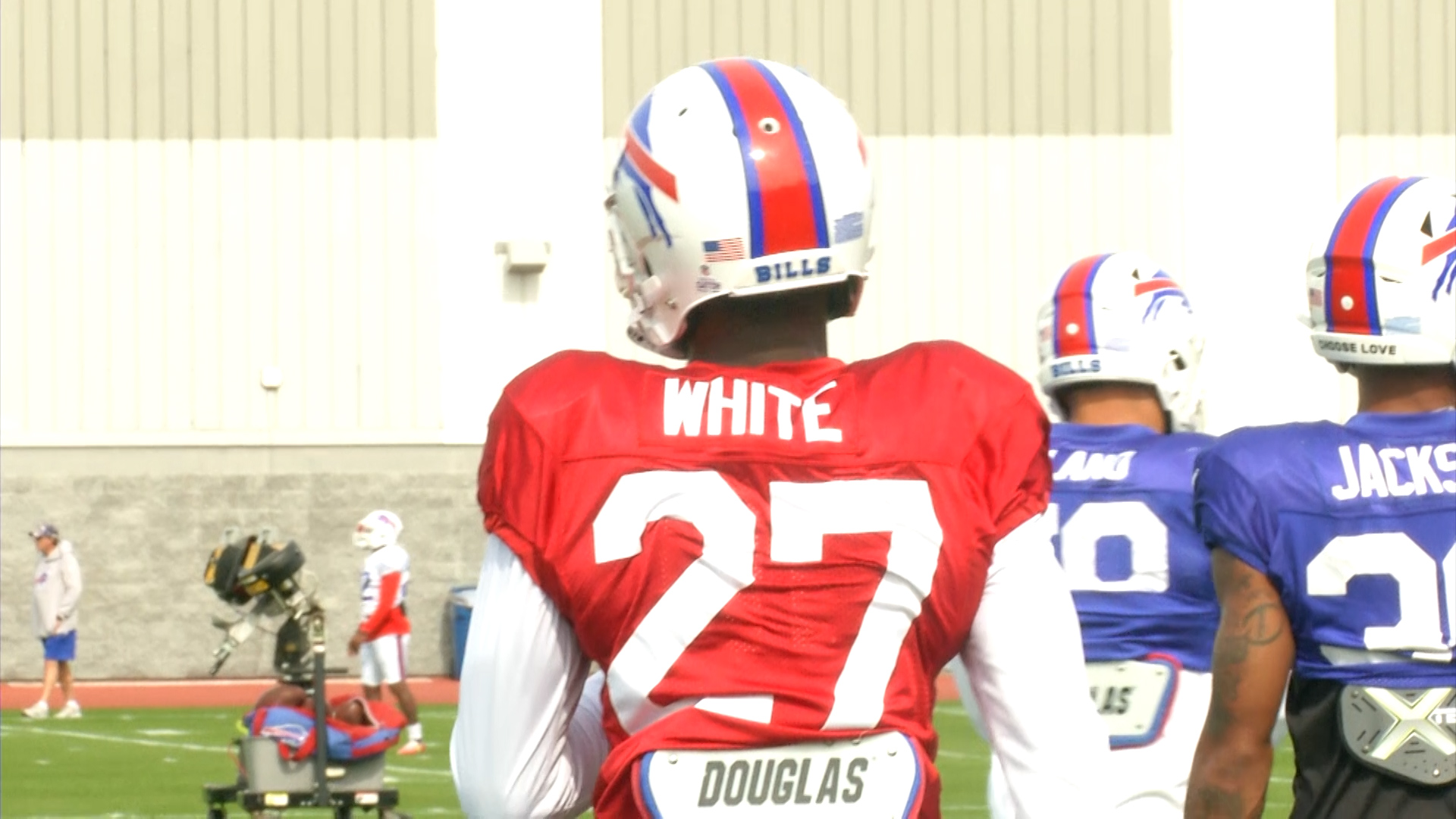 At this time, it’s not known if White will be ready for that game but whenever he does return, Frazier won’t be disappointed.

“You just feel very secure about that position and the person that he’s lined up against,” Frazier added. “And it just gives you a certain comfort level as a play caller knowing that Tre’Davious White is manning that corner position down.”

White is in his sixth year with the Bills after being drafted in the 1st round of the 2017 draft.