GENESEO, N.Y. – Geneseo football player Julian Huffman was back on the field for Friday night lights, for the first time since suffering a major injury. After having a craniotomy, he made a miraculous recovery.

He joined his team for the first time since surgery, as they played against the Avon Braves. Julian says he’s still trying to process what happened. He pointed to a large scar on the right side of his head. It goes from his ear to the top of his skull. He just had staples removed Thursday.

“It goes from the bottom of my ear to the top of my head,” Huffman said.

A subdural brain bleed and a craniotomy didn’t keep him away from his team and the love of football. But, he says it still stings having to sit on the sidelines.

“To be honest it kind of sucks, especially since I can’t be on the field, because that’s what I miss the most, to be down there,” Huffman said. 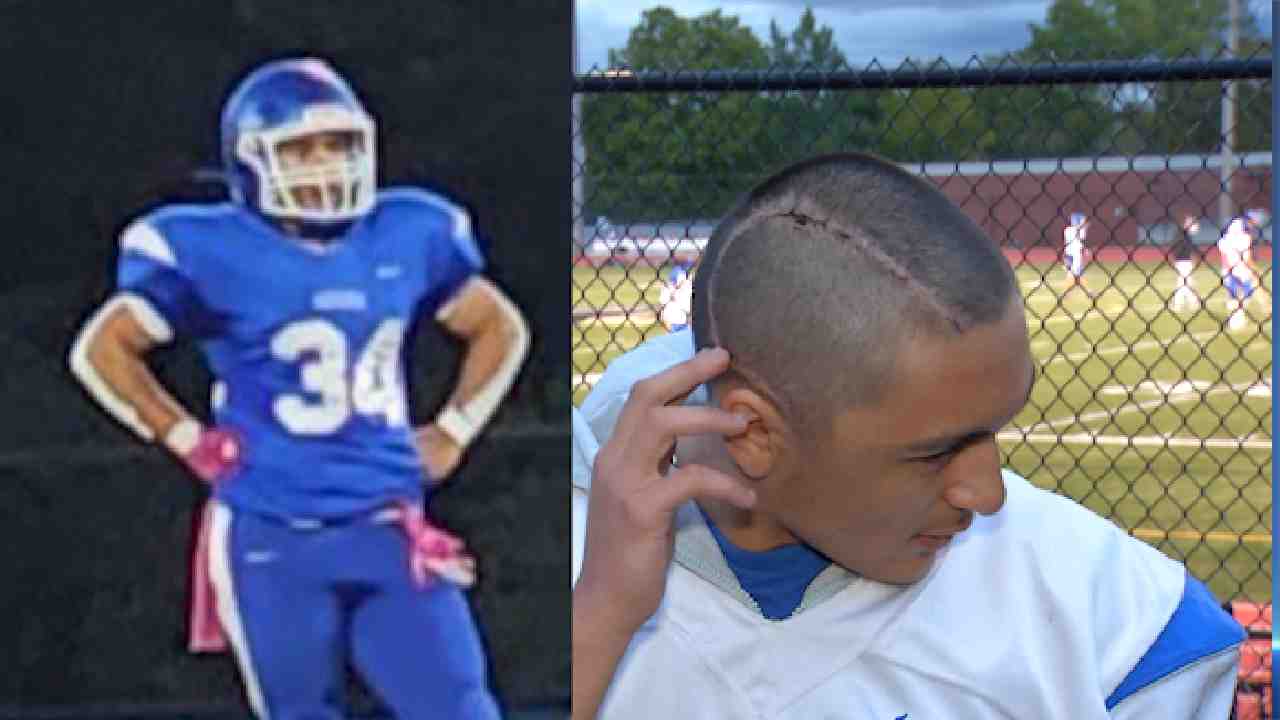 Julian was taken off the field by an ambulance a few weeks ago during a home game. He then went right into emergency surgery. He says it’s all still a blur.

“To be honest I’m not entirely sure what happened I blacked out and then I came too in the hospital.”

He says doctors told him it was a game related injury, but there are still questions.

“I still have headaches, but I guess I had a pretty bad brain clot in my brain, they’re not sure how it happened though. That’s the only thing,”

Julian said he couldn’t have gotten through it without support from his family, which includes his teammates.

“It’s what you’d see most of the time, we’re a family, to be honest I’m stuck in the house a lot, so they come over and chill with me.”

He says, he may not be able to help the team make touchdowns, but he knows there are other student athletes dealing with injuries, so he hopes his story can help them.

“It helps, I can help other people since I’ve gone through it, and it makes me feel better.”

Julian says doctors told him recovery time could be up to a year. We asked him what his plans are for college  and he said he hopes to play. That he’s going to do whatever it takes to gear up again.