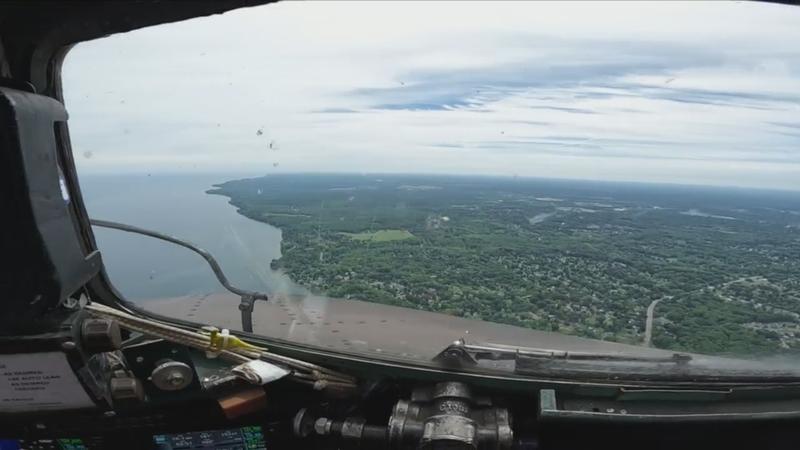 View from the WW2 era Whiskey 7

ROCHESTER, N.Y. — Happy New Year from News10NBC. Our crew in 2022 took you into the sky in a fighter plane used during D-Day and took you back 30 years when a local attorney was arrested in Russia because they thought he was a spy. We also solved a mystery about a mural at Kodak Park and traveled to Detriot to show you cutting-edge technology that allows you to use the battery of some electric cars to power homes.

Here are some of the most adventurous stories our crew told this year. Thank you for watching News10NBC.

Riding in a Whiskey 7 plane used during World War II (June 2): The National Warplane Museum in Geneseo is home to a 79-year-old Whiskey 7 plane, and News10NBC got to take a ride on board ahead of the annual Geneseo Airshow.

Nicknamed “Whiskey 7” for the large W7 on the outside of the plane, this meticulously-maintained aircraft has a remarkable history. It was the lead plane in the second wave of D-Day, on June 6, 1944. Twenty-three paratroopers jumped out of it in the middle of the night, landing in Northern France.

Yet, this Whiskey 7 war plane survived the attacks thanks largely to its toughness and durability. While there have been some minor upgrades and adjustments over the decades, most of the original fixtures and elements are exactly the same as they were during WWII. Full story here.

Mysterious mural at old Kodak site (April 28): We solved a mystery going back more than 60 years. It all started when local photographer Jim Montanus put out this Tweet:

“The owners of a Kodak Park bldg. knocked down a wall and found this tile mosaic mural and no one knows what it means or why it’s there. Ancient aliens perhaps? Portal to another dimension? My friend has worked there for 44 years and no one has a clue. Do you?”

We dug deep and got answers. See the full story here.

You know him as a prominent Rochester DWI lawyer but in 1990 the Soviets thought he was a spy (Aug. 12): Ed Fiandach is one of the most prominent DWI lawyers in Rochester. Now, he is sharing a story none of us have ever heard before.

It’s about him getting arrested in Soviet Russia, suspected of being an American spy. Fiandach says he used to tell this story as a joke. But then he watched the case of American basketball player Brittney Griner, sentenced to nine years in a Russian prison for having an amount of drugs that might not even get her a ticket in New York. Full story here.

Imagine using your car to power your home. The future is here (Sept. 22):  A new technology that powers electric cars will soon be able to power your home too! News10NBC’s Deanna Dewberry learned about it while in Detroit.

She was there for a speaking engagement and decided to drop in on the huge annual auto show. That’s when she learned about a charger that can use the bidirectional batteries, found in some electric cars like the F-150 Lightning, to power homes.

“Whenever there’s a power outage, or even when prices are too high, you can use your car’s battery to literally power your home,” said Mike Madden, an Autel Marketing manager. Full story here.