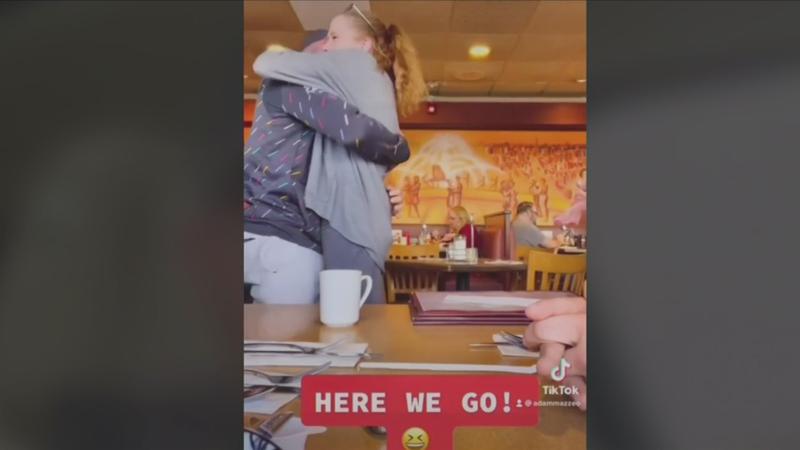 Sgt. Adam Mazzeo reunites with his mother at the restaurant she works at

ROCHESTER, N.Y. — Happy New Year from News10NBC. Our crew in 2022 told the stories of family reunions after spending time apart, including a soldier reuniting with his mother in Rochester. We also told stories about family members meeting each other for the first time and an Ontario County family welcoming quadruplets.

Here are some heartwarming stories about reuniting with old family members and welcoming new ones.

Phelps Family Welcomes Quadruplets (June 21): A Phelps couple looking to expand their family got the shock of a lifetime when they naturally became pregnant with quadruplets.

Karissa Vancamp-Smith and Dillion Smith have two happy little boys, 7-year-old Tyler and 4-year-old Colton but they’ve been through a lot in the last several years trying to expand their family. “We lost twins at 20 weeks and then our 4-year-old is our surviving twin, we lost his brother Elijah when he was 12 days old,” explains Karissa, “and then we lost a little girl the day before our second trimester started.”

Because of their previous losses, the family was nervous about delivering quadruplets but it went as best as could be expected. All four boys came into the world 11 weeks early but thankfully are all healthy. You can see the story about their birth here and their time at home here.

Rochester man celebrates Thanksgiving with newfound relative (Nov. 25): A Rochester family is celebrating this holiday week with a family member they didn’t know existed. The dad took a 23andMe DNA testing kit several months ago and didn’t think much more of it until he got a message from a sister he never knew he had.

Tony Zapata was one of four children adopted into a loving family when he was just nine months old. He is a father and grandfather who has lived in Rochester most of his adult life. Last year, the former Rochester Police officer got COVID and spent six months in the hospital fighting for his life. The experience also got him thinking about a family he never knew. Full story here.

It was an emotional reunion this Thanksgiving for Rochester native Nancy Reaves. She’s been living in North Carolina and COVID kept her apart from her family for the last several years. Reaves broke down in tears talking about being back with her family and what COVID put them through.

“It really had a big effect on our family because I wasn’t able to go and visit with them and they weren’t able to visit with me, so this is the first time we’re going to be together in almost four years,” Reaves said. Full story here.

Sgt. Adam Mazzeo, with the United States Army, set up his camera inside Pixley’s Restaurant in Gates. His mom, Helen Beveridge was in the zone at work and walked right past him the first time. She cried in excitement when she realizes who was at the table. In an emotional reunion, Helen hugged her son and didn’t want to let go. She was almost in tears, telling us about Adam.

“He touches so many people, this kid still opens the door for me,” Beveridge said. “There is always some surprise, some positive thing, he just loves me so much and I love him to death, I do.” Full story here.