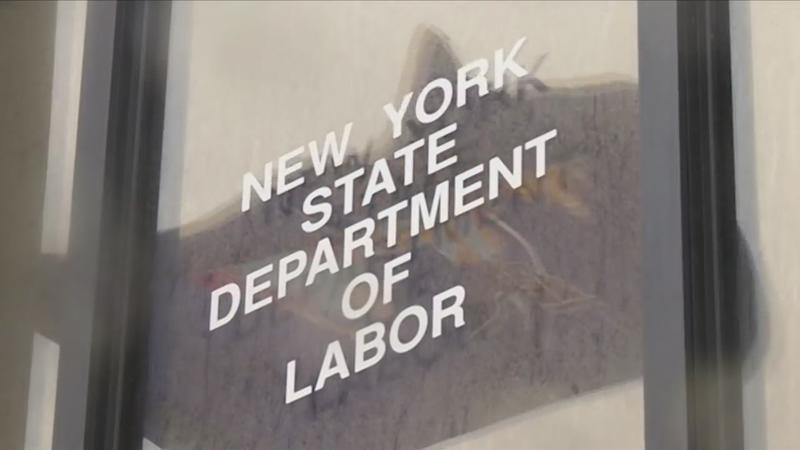 ROCHESTER, N.Y. (WHEC) — The New York State Labor Department says it has now paid out $10 billion in unemployment benefits to 2 million New Yorkers, but as so many of you know, the process has not been a smooth one.

News10NBC Investigative Reporter Jennifer Lewke has been exposing major issues with the unemployment system for weeks and now she is in possession of an internal training video that shows just how antiquated the system is.

Hundreds, if not thousands of New Yorkers have contacted News10NBC over the past two months, people who lost their jobs due to the pandemic and have been struggling to get the unemployment benefits they are entitled to. When non-essential businesses were closed, New York’s unemployment system was crushed with claims. Making matters worse, that system is antiquated at best, archaic to most.

In June 2017, when asking for bids to update the system, the Labor Department wrote in an RFP, “the state has faced the pressing problem of maintaining, modifying, and extending outdated and expensive mainframe-based UI benefits and contributions systems that were written in the 1970’s and 1980’s and remain constrained by the technology of that era.”

The state did not publicly say what that system was, but an internal training video confirms that the State of New York is still using MS-DOS to process unemployment claims.

Those under the age of 40 might be wondering what MS-DOS is.  Well, the acronym stands for Microsoft Disk Operating System which was first released in 1981. The last time an updated version came out was 20 years ago.

“I hadn’t honestly heard of anyone using DOS in a very long time,” says IT expert Nick Francesco.

During the three-hour training video, the instructors recommend users watch it multiple times because there are so many steps that need to be followed to process one single claim. Francesco says there are dozens of more technologically advanced options that the state can and should be using, “all of those multi-task so you can do 100,000 claims at once, DOS is a uniprocessor operating system so you can only do one thing at a time,” he says.

The training video makes that perfectly clear, directing workers to open up different programs when they get to different stages of processing a claim.

“Click, click, click, open up a calculator, do this, wait for that to load…Copy paste, it strikes me that there are way more easier ways to do things but I’m not the government, I don’t know why they do what they do…What it looks like is they cobbled together a bunch of things…you have to go into this to do that and write it down and type it in and yada yada yada, if they actually designed a purpose built system it would go much faster, enter a couple of numbers, hit a button and bang, everything is done,” Francesco says.

When asked why the state didn’t invest in upgraded technology long before the pandemic hit, a spokeswoman for the Department of Labor told News10NBC in a statement, “The thousands of DOL employees and state workers who have stepped up to help support the Department of Labor during this crisis are heroes, and thanks to their collective efforts, over 2 million New Yorkers have received more than $10 billion in benefits. When this tidal wave of claims hit, the DOL was in year one of a five year top-to-bottom tech upgrade — this work continues, and of course updating this system is a major focus of that project.”

The state also pointed to its new partnership with Google as a way it’s trying to upgrade technology during the crisis. Google has built a new front-end application system that allows users to input their info without the site crashing – but that information still needs to be loaded into the 1980s era mainframe that processes applications.