ROCHESTER, N.Y. – After a 16-year-old student was tracked down and nearly struck by a gunman on the steps of his school, the city school superintendent plans to ask Rochester Police to man high schools during arrival and dismissal times.

The shooting happened Thursday morning as students arrived at the Franklin campus on Norton Street. Police say he was chased down as he approached the building. Other students were nearby.

“We are wrapping our arms around the students,” Superintendent Dr. Carmine Peluso said.

“This is something that occurs in this community all the time. You can’t stop living,” President Cynthia Elliott said. “Some of us on the board have been affected by things that have happened in the community and you have to learn to live with it and continue to try to live a productive life.”

The district previously had officers in buildings, but board members voted to pull them out in 2020.

Elliott said the board is “not interested” in having officers back inside the buildings, saying they have seen “problematic” encounters between officers and students. But she said board members support Dr. Peluso’s proposal to have officers outside the high schools at arrival and dismissal times. 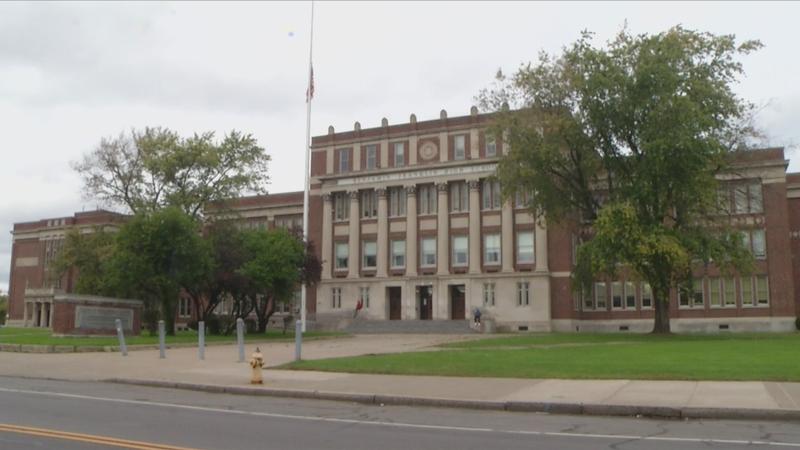 Police continue to investigate and have not made any arrests.

“The City of Rochester is absolutely committed to keeping our children and young people safe, especially in our schools. There are no words strong enough to describe the absolute depravity of Thursday morning’s attempted shooting of a student outside the Franklin campus.

Yesterday, I convened a meeting of my teams and RCSD Superintendent Peluso to discuss how the City could immediately support his efforts to ensure safety on RCSD campuses. In response, we have increased the presence of Rochester Police at high schools in the morning and during dismissal, and have intensified the efforts of Pathways to Peace teams that are already heavily engaged with students in schools.

The City stands ready and willing to work further with the Rochester City School District to enhance safety measures across the District.”

This is a developing story. News10NBC will provide updates as they become available.