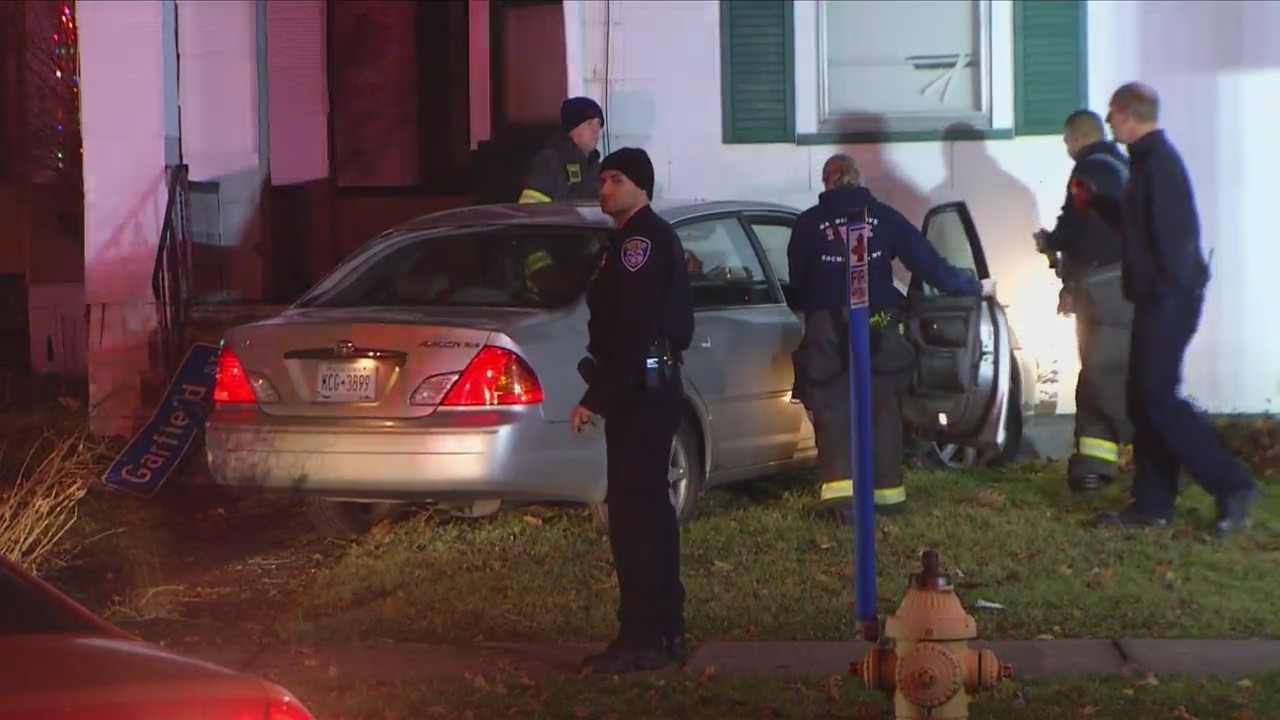 ROCHESTER, N.Y. — No one was hurt when a man crashed into a home in Rochester Tuesday night.

The U.S. Marshal’s Office says it tried to pull over a driver behind the wheel of a vehicle associated with a robbery suspect. The driver, police say, failed to stop and drove into a house at the corner of Chili Avenue and Garfield Street.

The driver took off but was caught after a short foot chase and was ticketed for leaving the scene of an accident.

Meanwhile, police continue to look for Tydarious Stewart, 31, who allegedly committed an armed robbery at a Gates store back in October.