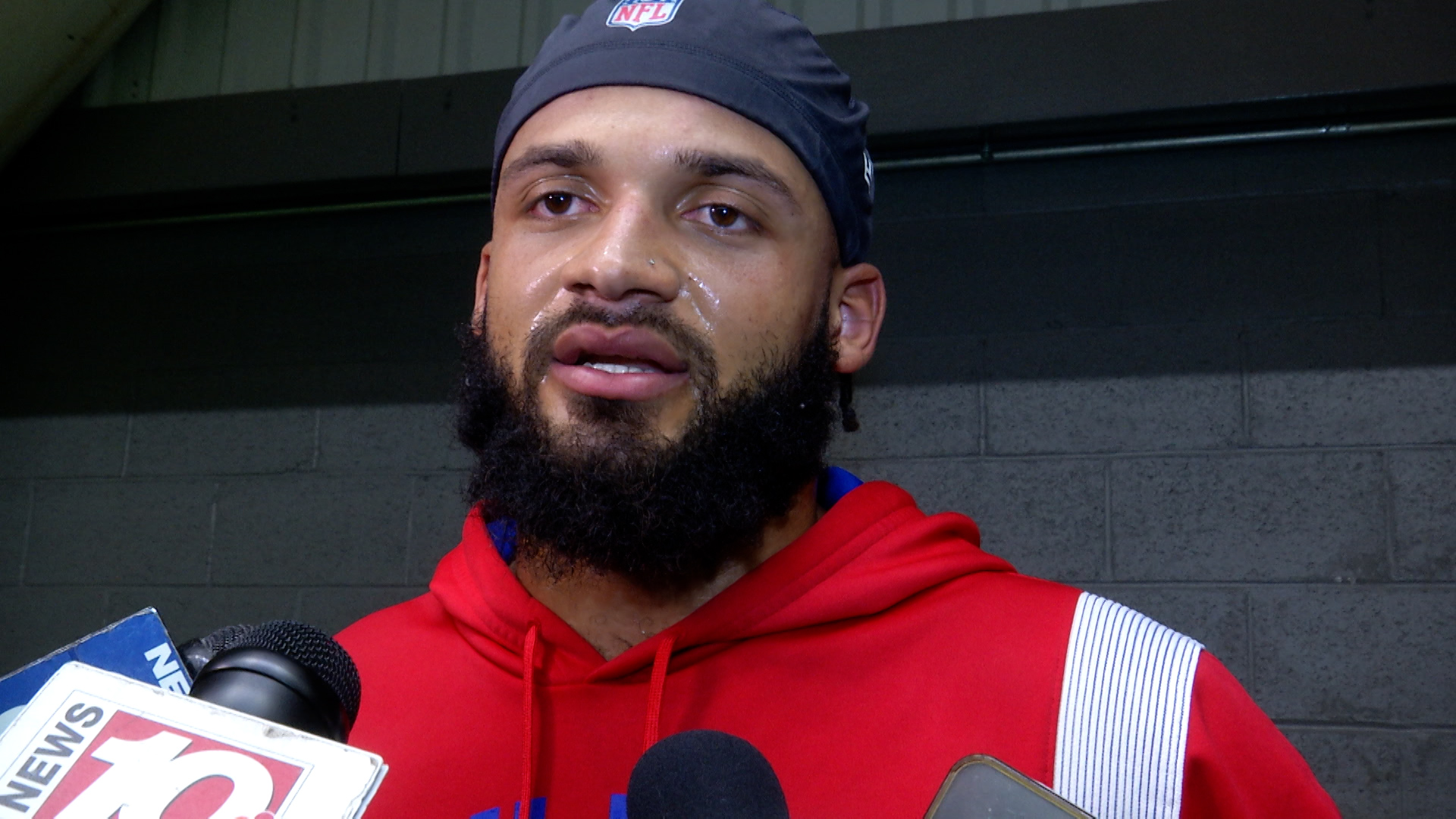 ORCHARD PARK, NY (WHEC) – On the heels of a historic 2021 postseason, Bills Wide Receiver Gabe Davis didn’t find much consistency this regular season. However, the postseason has seemed to bring out a more explosive side of the 3rd year pro.

His TD reception in the AFC Wild Card win over the Dolphins was his 6th in the last three playoff games after four in last January’s Divisional game against the Chiefs.

Heading into this weekend’s matchup against the Cincinnati Bengals, Davis won’t need to look far for motivation.

His mother, Alana, wrote him a letter reminding the 23-year old of the humble beginnings he came from.

“She put a picture in there with me when I was nine years old,” Davis said. “First year playing and scared to death out there playing every single time. But it made me the man I am today.”

Davis originally feared getting hit on the field but an contemplated quitting the game when he was a kid. The turning point came when he was nine and had a profound conversation with his mother.

“She said, ‘If you quit now, you quit the rest of your life and everything that you do when you have struggles or whatever you do’ so that was that was the turning point.”

Davis and the Bills host the Bengals in the Divisional round on Sunday at 3pm.