Bills’ Josh Allen nominated for FedEx Air NFL Player of the Week: Here’s how to vote 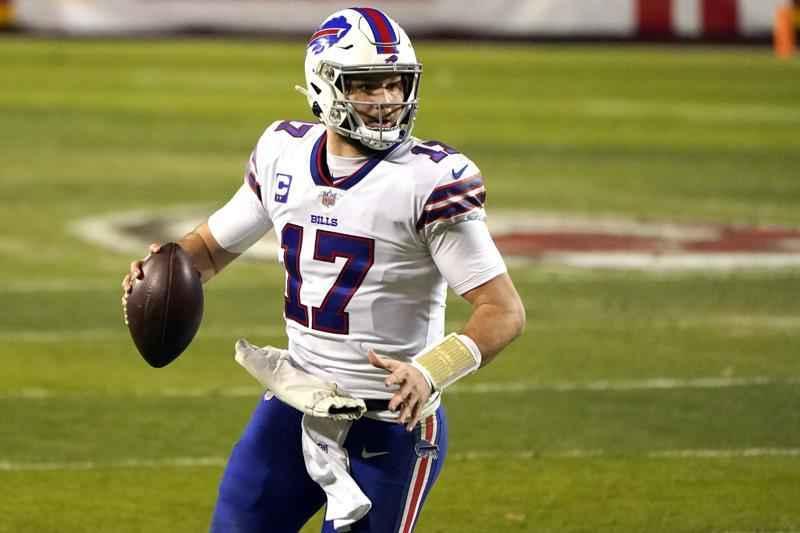 In this Jan. 24, 2021, file photo, Buffalo Bills quarterback Josh Allen looks to throw a pass during the first half of the AFC championship NFL football game against the Kansas City Chiefs in Kansas City, Mo. Bills general manager Brandon Beane faces making two critical high-priced decisions by Monday, May 3, 2021, in determining whether to commit some $35 million in combined salary to pick up the fifth-year options and retain the rights of quarterback Josh Allen and middle linebacker Tremaine Edmunds through the 2022 season.[(AP Photo/Charlie Riedel, File)]

ROCHESTER, N.Y. (WHEC) — Did you think Buffalo Bills quarterback Josh Allen leaped over the competition this week? Well, you can make a vote that to back that.

Allen has been nominated for "FedEx Air NFL Player of the Week" for the second week in a row. It comes following Buffalo’s thrilling win over the Kansas City Chiefs on Sunday Night Football.

Allen had an outstanding performance, throwing for 315 yards and three touchdowns. He also added a rushing score in the 38-20 win.

He’s up against some tough competition this week, as other nominees include Tampa Bay Buccaneers quarterback Tom Brady and Los Angeles Chargers quarterback Justin Herbert.

Fans can vote until 3 p.m. Wednesday.