Rita Glavin sent the AG’ Office a letter, as well as made calls in a press conference Thursday, the same day the Assembly Judiciary Committee members are reviewing the report by Davis Polk & Wardwell, which was tasked by the Assembly to investigate the former governor for sexual harassment and other alleged violations while he was in office as part of an impeachment probe.

Glavin said that it’s a conflict of interest now that James is running for governor of New York. She reiterated claims that the report is misleading, flawed, and unreliable because of material omissions and errors, and accused James of using the report to bolster her own campaign.

The attorney also called for James to release all evidence to Cuomo’s office, saying the redacted transcript, which only includes 41 interviews out of the 179 that were conducted, is biased. Glavin wrote a letter to the Assembly Judiciary Committee asking that the evidence be turned over.

Glavin also recently called for an investigation into the Albany County Sheriff, suggesting he may have leaked information to the media about the ongoing sexual harassment investigation. 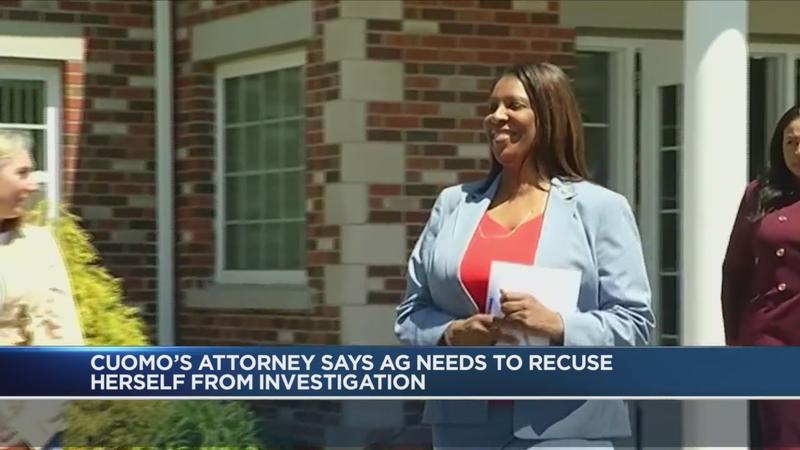 She also addressed some of the other allegations against the former governor that were investigated as part of the impeachment probe, saying that the governor’s staff worked on his book, “American Crisis: Leadership Lessons From the COVID-19 Pandemic", voluntarily, and on their own time.

Earlier this week, the State Joint Commission on Public Ethics voted to rescind its prior approval of the $5.1 million book deal.

A spokesperson for the former governor sent the following statement after the press conference:

Additionally we urge the Attorney General’s Office to answer these critically important questions about the release of the transcripts.

The letter to the Attorney General’s Office is below (mobile users, click here):

The letter to the Assembly is below (mobile users, click here):