ROCHESTER, N.Y. (WHEC) — The attorneys representing New York Gov. Andrew Cuomo are claiming that the findings released in a 168-report which detailed credible sexual harassment accusations against Cuomo was done with a "predetermined result in mind."

Glavin, who represents Cuomo said they were not given any advance notice that the report would be released, yet there were calls for Cuomo to resign within hours of its release.

Glavin and Attorney Paul Fishman said they have not been given a chance to go over the transcripts from the interviews conducted with more than 179 people during the investigation. 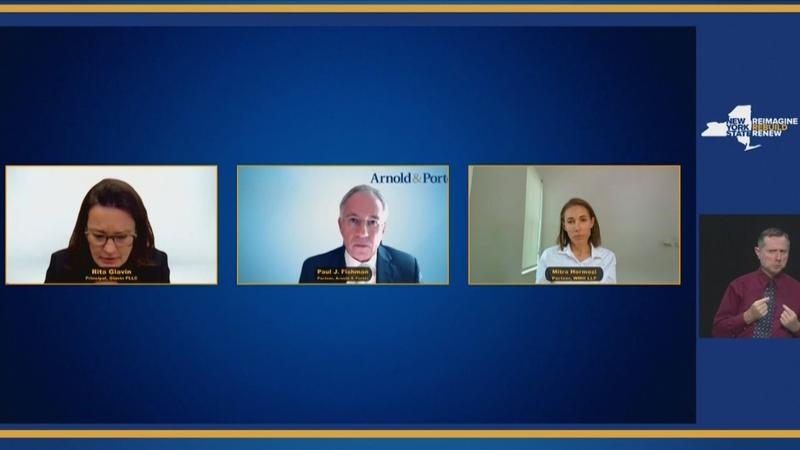 "I know the difference between putting together a case against a target versus doing independent fact-finding with an open mind," Glavin said.

Glavin said that one of the claims against Cuomo, where he accused of grabbing a woman’s chest, which is alleged to have happened on Nov. 16, is false. Glavin said the woman was there to work on a speech, not fix a phone as the woman claimed, and that Cuomo was on a series of scheduled calls with different governors about the COVID-19 pandemic.

Glavin went on to point out other inconsistencies in the woman’s story and questioned why the report ignored that evidence and accused the governor of giving false information when he testified.

Glavin also claimed that if the woman slammed the door as she claims, that other people would have heard it because of the age of the governor’s mansion, but the report does not include anyone corroborating that they heard the door slam.

Glavin also claimed that Lindsay Boylan lied about the reason for her departure from the governor’s office by claiming that she was harassed and that the work environment was toxic when she actually left after several office complaints, then attempted to get her job back without success.

Boylan tweeted a response Friday, saying "We will not be intimidated."

We will not be intimidated.

I’ll be on this briefing. Stay with @news10nbc for the latest developments. https://t.co/tISgk8XHq1

It comes just hours after a woman who accused Cuomo of groping her breast at the governor’s state residence filed a criminal complaint against him in Albany County.

Many lawmakers have called for Cuomo to resign, additionally, 59% of New Yorkers polled said they’d like him to step down. Cuomo has remained defiant, saying that “the facts are much different than what has been portrayed”.

“After multiple women made accusations that Governor Cuomo sexually harassed them, the governor, himself, requested that Attorney General James oversee an independent investigation. The independent investigators selected are widely respected professionals, recognized for their legal and investigatory ability. To attack this investigation and attempt to undermine and politicize this process takes away from the bravery displayed by these women.

“There will be a rolling production of interview transcripts made available to the state Assembly, which will be redacted as needed.

“There are 11 women whose accounts have been corroborated by a mountain of evidence. Any suggestion that attempts to undermine the credibility of these women or this investigation is unfortunate."