Cuomo impeachment investigation to be suspended: ‘The people of this state deserve to get answers’

News10NBC has heard from them and also from a local family that lost a loved one in a nursing home.

This comes after House Speaker Carl Heastie announced that the Committee, on the advice of their attorney, can’t impeach and remove an elected official who is no longer in office.

It certainly wasn’t the news New York State Lawmakers were expecting days after Gov. Cuomo announced that he was resigning from office. The Assembly Judiciary Committee will end its investigation of the governor on Aug. 25, the day his resignation takes effect.

Assemblyman Josh Jensen (R-Greece) said he is not happy with this decision. 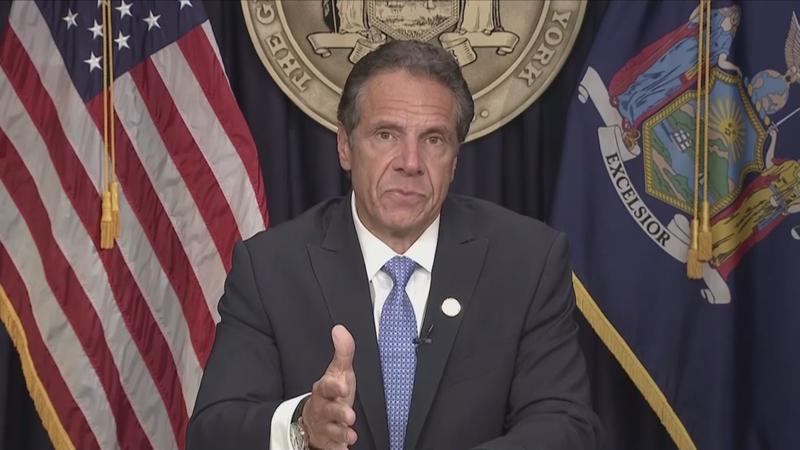 "We believe that the investigation should continue," Jensen said. "The Legislature deserves to get answers, and the people of this state deserve to get answers. The taxpayers are paying for this investigation, and they deserve the transparency in seeing its findings."

Jensen says besides the sexual harassment scandal, the work of the committee was looking at the State’s response to the COVID-19 nursing home deaths and misuse of state resources among other issues. He says millions of dollars were set aside for the complete investigation.

Many of these constituents are families that loved lost ones to COVID-19 in nursing homes. Gelsey Randazzo also believes that the investigation should’ve never stopped. Her grandmother, Rose, died at the nursing home she lived in back in December.

State Sen. Samra Brouk (D-Rochester) released this statement saying, "I am incredibly disappointed with the decision to close the impeachment investigation into Andrew Cuomo. The Governor’s resignation was not an act of nobility?, it was because he committed unlawful acts and was out of options. Resignation should not preclude him from being impeached or otherwise held accountable. From the very beginning to his final words during his resignation, this Governor has used gas lighting and other tactics to evade responsibility for his horrific actions. We know that based on the findings of the Attorney General’s report, the Governor abused his power and harassed women?, several of which were New York State employees. Impeachment or not, we must not forget that he is guilty of these crimes and that survivors deserve justice."

State Senator Jeremy Cooney (D-Rochester) also released a statement saying, "I am disappointed to learn that the NYS Assembly is not moving forward with the impeachment of outgoing Governor Andrew Cuomo. His resignation was necessary, but survivors deserve accountability for his sexual harassment and our citizens need answers for thousands of nursing home deaths during the pandemic. New York State’s constitution limits the ability by which the members of the legislature are able to act against a governor who has already vacated their office. Let this be a somber reminder to continually reassess our laws to ensure those who have been granted power by the voters are not able to abuse it. It is my hope we will come together as a state to amend our constitution to continue to increase transparency and hold all elected office holders accountable in New York."