TYRE, N.Y. (WHEC) — The Florida couple charged with attempted aggravated murder and more in the incident where the Seneca County Sheriff’s Office says they attempted to light a 1-year-old on fire.

It happened at the Love’s Travel Plaza at 1262 Route 414 in the Town of Tyre back on May 3. Responding deputies found a 1-year-old covered in a flammable substance and say the two tried to light the child on fire, which caused fires at the truck stop. While clearing the area, deputies later found a 4-year-old inside the cab of a tractor-trailer with head injuries. The children were rushed to the hospital.

Jamie Avery Jr., 28, and Lisbeth Collado, 25, both of West Palm Beach, Florida, are charged in the incident. Deputies Monday said they believe the two are in a domestic relationship and that the children are believed to be theirs.

The children have been released from the hospital since the incident and are expected to make full recoveries. Deputies say they can not disclose the location of the children, but that they are safe, and orders of protection have been issued against Avery and Collado.

Deputies say at this time, the motive of the crime is still unclear. 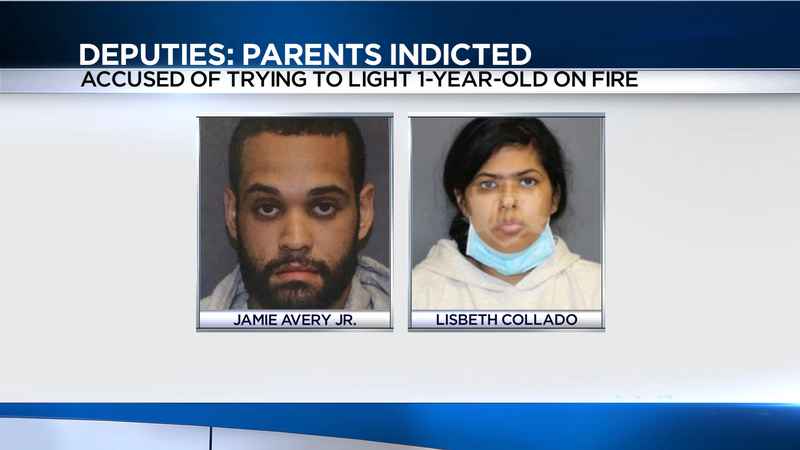 Avery and Collado were indicted by a Seneca County Grand Jury on charges of: