The suit, filed Wednesday, accuses Warren of defamation of character, a hostile work environment, and wrongful and retaliatory termination over the handling of the investigation into the death of Daniel Prude in Rochester Police custody back in March of 2020.

Singletary was fired by Warren after he initially announced plans to retire. He filed a notice of claim against the City of Rochester for the same claims last year. City officials called the lawsuit "frivolous" at the time.

"As detailed in recent court proceedings reported today involving other officers, there has been a legacy in the Rochester Police Department of untruthfulness. Mr. Singletary’s testimony to the Special Counsel detailed his own inability to tell the truth, as a simple viewing of his testimony under oath clearly shows. Mr. Singletary failed in his duties as Chief and was rightfully terminated due to those failures." 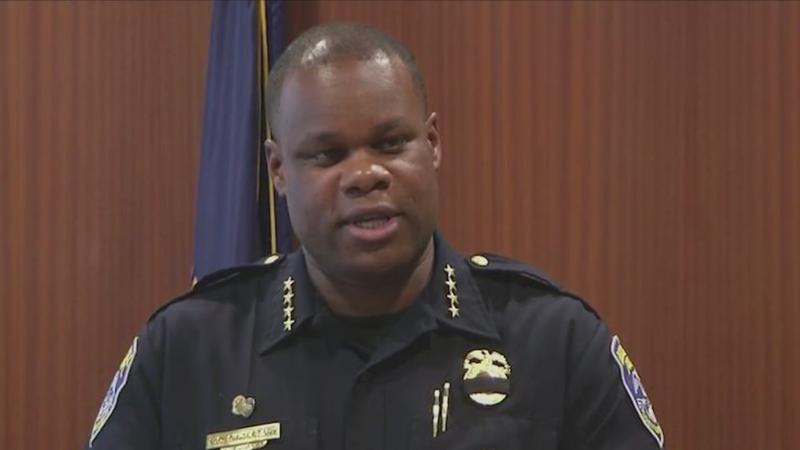 Body camera footage shows Prude pinned to the ground by Rochester police officers on March 23, 2020, on Jefferson Avenue. Prude was not breathing and had no pulse after the officers restrained and handcuffed him. He died seven days later in the hospital after being taken off life support. The medical examiner ruled his death a homicide and says Prude died from complications of asphyxia due to physical restraint, excited delirium and PCP.

Warren suspended seven officers for their involvement in Prude’s death. The officers remain suspended with pay pending the outcome of an internal investigation.

In February 2021, New York Attorney General Tish James announced the officers involved would not be charged. A month later, an attorney hired to independently investigate the City of Rochester’s handling of the Prude case concluded the city "suppressed" information from getting to the public and made "untrue statements."

During a deposition shortly before the attorney general’s announcement, Singletary answered numerous questions about his knowledge of the events the night Prude had an encounter with officers. He also testified about who he talked to about the case.

A lot of the questions were focused on two phone calls between Singletary and Warren. In a statement at the time, the city claims Singletary told the mayor that everything had been done "by the book".

Singletary says Warren’s comments and the work environment contributed to his initial decision to retire. Included in the lawsuit are comments Warren made to News10NBC’s Lynette Adams in an interview on Sept.15, 2020, just weeks after the bodycam footage was released.

In December, the City of Rochester’s Office of Public Integrity released its report, saying it found "no evidence" that any city employee violated any "policies or ethical standards" in connection with Prude’s death.

It was previously announced Singletary was among the dozens of candidates to become Austin, Texas’s next police chief. As we previously reported, the New York Comptroller’s Office reviewed Singletary’s pension and he will receive $5,972.63 (gross monthly pension benefit) regardless of his firing.

Singletary is seeking up to $1.5 million.