“Our mom, Julie Baker, was an engineer, an athlete, a mom, a daughter, a sister, a friend. She was the most beautiful person we’ve ever known, and I know she’s here with us today,” said Jillian Baker, one of Julie Baker’s three daughters.

Affectionately known as “The Baker Girls,” Paige, Jillian and Claire say they hope this is the beginning of a legacy their mother leaves behind and the start of an impactful future.

“We hope to show people that Willow [Domestic Violence Center] is here, that it is a resource here in Rochester for survivors of domestic violence… their children, their pets. We hope that people see this tournament and see all these people who are supporting it and will donate to help those in Rochester,” Paige Baker said. 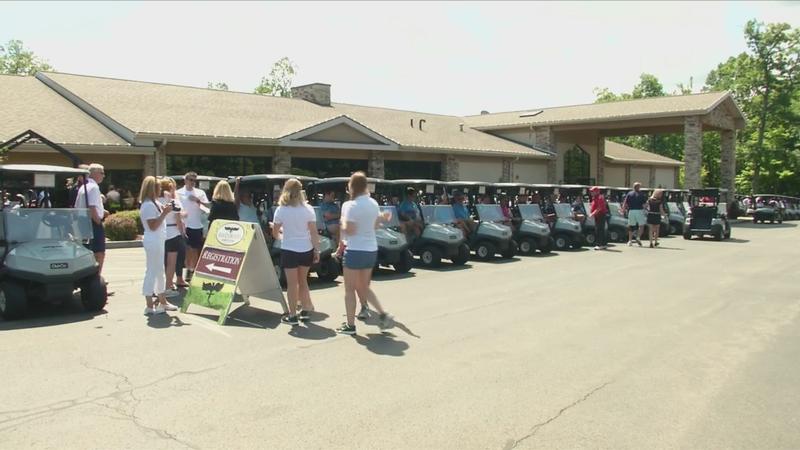 An engineer by trade, the late Baker served as a board member of the Electronics Representatives Association and used to run charity golf tournaments raising awareness for cancer for the board.

“She was a huge part of this tournament, and we thought it was very fitting to rededicate it in her honor, so we’ve re-named it and re-branded it for her to carry her legacy on,” said Jim Gleason, president of the Electronics Representatives Association Empire chapter.

“This is a conversation, domestic violence, is not a popular one, and I think her legacy has really driven this to the surface. It’s something we should talk about and help each other out because it’s something we can control,” Gleason said.

“It means so much to have everybody here in support of willow and our family. We can’t thank everyone enough,” Jillian Baker said.

Fricke was found guilty of stabbing her to death in Canandaigua. In June 2021, he was sentenced to life in prison without the possibility of parole.