ROCHESTER, N.Y. (WHEC) —What’s taking over the Finger Lakes? No, this is not those Brood X Cicadas everyone’s talking about.
They won’t be a problem here.

But there is another bug invasion in the works. It’s deja vu for neighbors dealing with a mess.

Corey, from our friends at 98PXY lives in Canandaigua and asked News10NBC’s Brennan Somers: My GQ is are we going to be dealing with those disgusting gypsy moths again?

It’s just like last summer when we went out and found gypsy moth caterpillars. 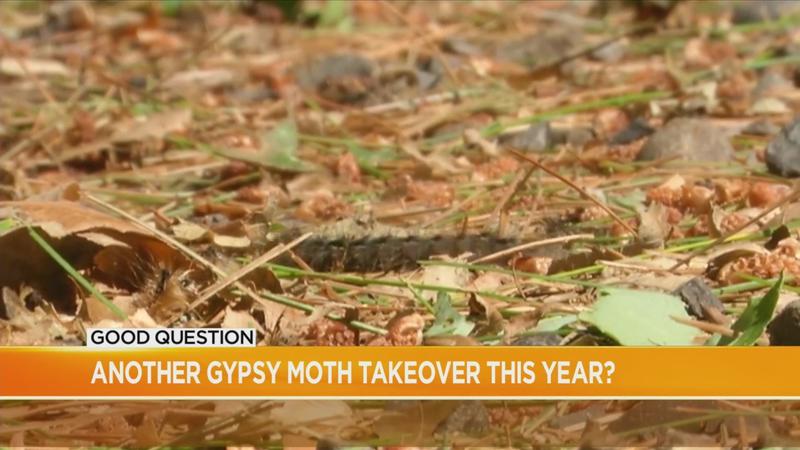 These leaf-eating pests covered homes, trees, and just about everything in the Bristol hills. The caterpillars can eat up to a square foot of leaf surface in a single day but that’s not all that bothers neighbors.

“They were gross but it was more about their droppings,” Corey told Somers. “You would hear them falling in the trees and it sounded like it was raining and would get all over the deck!”

Some families planned ahead before this new surge in the population because the caterpillars can damage thousands of acres. A number of property owners got trees sprayed this spring.

Experts at the Cornell Cooperative Extension of Ontario County tell Somers the gypsy moth eggs are hatching right now and will keep doing so over the next few weeks.

What if you didn’t spray and it’s too late? The bug experts Somers spoke with expect the population to drop but not until they pass through a lot of trees.

Weather can play a role in this as well, so can starvation. You could end up with too many caterpillars and not enough food left in one region.