Good Question: Are e-bikes and e-scooters legal in New York?

ROCHESTER, N.Y. (WHEC) — Here’s a Good Question about a new way to get around town.

That is a Good Question, because e-bikes and e-scooters were illegal in New York up until this year, as legislation passed in the state budget.

Here are the rules–you have to be at least 16 years old, you have to wear a helmet until your 18 on an e-scooter, and riders on certain e-bikes must always have on a helmet depending on the class. As for where you can go, you can use the electric-powered bikes and scooters on some streets and highways in the state.

Like, highways with a speed limit of 30 miles per hour or less, and you also can’t go on the sidewalk. But, in local towns and cities, there could be exceptions, as your elected officials can make specific rules for what’s allowed, where, and when. They can also opt-out altogether and ban them. 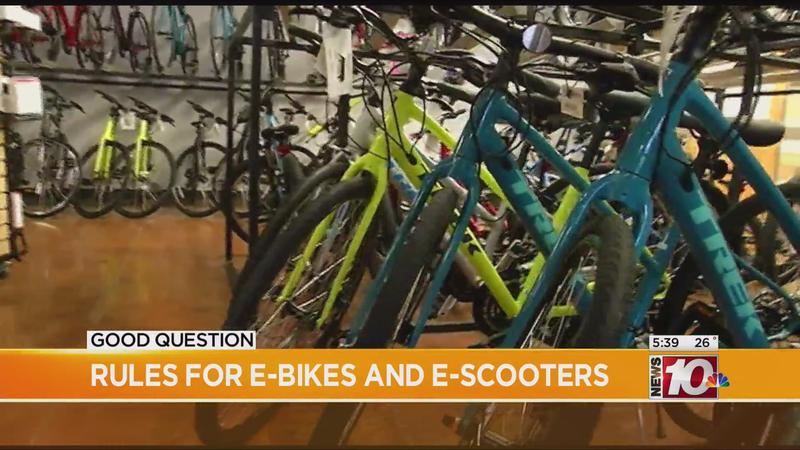 There’s no registration to worry about for e-bikes and e-scooters with the DMV.

Many of you here in Rochester will use them as rentals as city officials are working to launch a new setup for future rides. The partnership with RTS and a company called HOPR bike and scooter share is expected to roll out by the end of summer.