Good Question: Are these skateboarders breaking the law?

ROCHESTER, N.Y. (WHEC)— Warmer weather means it’s time for people to get outside, but that also brings an issue some neighbors in downtown Rochester say they get annoyed with.

She said neighbors "Want to know why skateboarding is not prohibited in the park beneath the Liberty Pole? It’s considered a park, it’s a lovely spot to sit and admire the sculpture, view the city and many tourists see it as a photo opportunity. However, the teenage skateboarders simply take over the entire area."

Somers got online and went through the laws for Rochester. There’s a whole section showing what skateboarders can and can’t do.
some examples– younger kids by themselves need to skate on a sidewalk or cycle track. Older kids can use sidewalks, bike lanes, and get near the edge of the road or shoulder to stay out of traffic.

There’s also a list of areas where they can’t go. It clearly bans them from the Liberty Pole area. 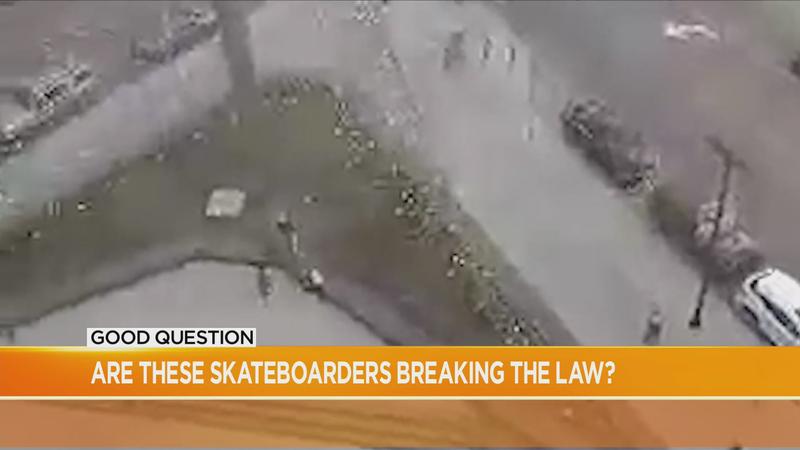 The law says they can’t be "in the Liberty Pole area bordered by the east facade of the Sibley Building, East Main Street and Franklin Street."

RPD told Somers skateboarders are not allowed to skate downtown by the Liberty Pole, which is why the new skate park was built for their use. It’s over by the Frederick Douglass-Susan B. Anthony bridge. Supporters first brought the idea to the city in 2008. It officially opened last year.

As for complaints about skateboarders, we know with so much else going on this isn’t the most pressing issue for police. But police did tell Somers you can give them a call anytime if you see them out and about where they shouldn’t be and they can swing by.