Good Question: Did someone steal those parking meters?

ROCHESTER, N.Y. (WHEC) — It happened out of nowhere. Some parking meters in Rochester suddenly vanished.

Corey sent News10NBC’s Brennan Somers this message: What happened to all of the parking meters on Union Street, between East Avenue and the Inner Loop?

Somers started looking into this thinking maybe the city was doing something with them and took them out. He later found out this is a criminal case.

All up and down union on both sides there are no meters — nothing but the poles they’re supposed to be on. So what happened to them?

Somers reached out to city officials for answers. 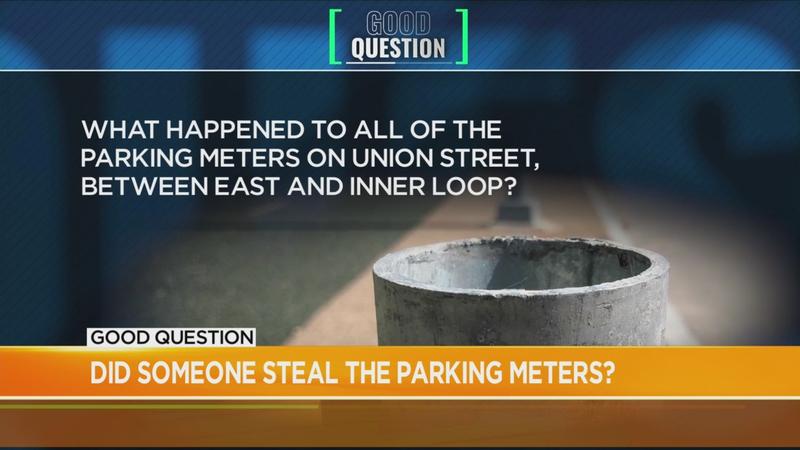 Turns out, someone stole the meters. They took all of them along that section of Union. It happened back in early July. Somers went through the Rochester Police Department’s open data portal to pull up the police file.

An RPD spokesperson told Somers "While there have been no arrests made at this time, we are looking for them to possibly show up at local scrap yards which may then lead to our ability to solve this."

That’s the answer to why they disappeared. So, what about people who want to park there now?

The city isn’t replacing the meters until the current construction by Union is done. For the time being, with no meters and no way to pay, it’s a free parking zone.

You won’t, or at least shouldn’t get a ticket.