Good Question: Is the ‘American Community Survey’ real or fake?

ROCHESTER, N.Y. (WHEC)— Here’s a Good Question-about an odd delivery in the mail.

It’s called the "American Community Survey", and for some who’ve never heard of it– this sounds like a census knock-off, maybe even a scam, especially coming off a census year in 2020.

"My neighbor received a notice to participate in an "American Community Survey" after filling out the census. It has what looks like valid stamps, etc. but was delivered to the resident of, and not his name. "

The mailing also said it was required by law to respond.

First things first- the survey, ACS for short, is legit. It comes from the U.S. Census Bureau, but it’s not the same as the traditional census survey we fill out every 10 years. The ACS goes out every month, every year. It’s sent to a sample of addresses, about 3.5 million in the states, D.C., and Puerto Rico. 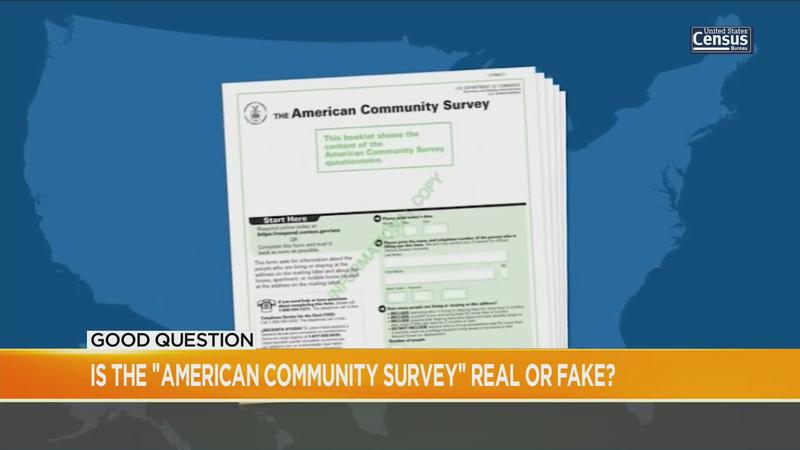 The survey covers topics not on the census, which are education, employment, internet access, and transportation.

Local and federal officials take your feedback to understand issues to improve your community, this also helps determine how billions in government funding is spent annually.

Now, do you have to fill it out? Yes.

If you get the ACS, federal law states you must complete it. The law also requires the feds to keep your responses confidential.