Good Question: What are those cameras tracking by the mall?

ROCHESTER, N.Y. (WHEC) — The next time you’re out shopping at Eastview Mall in Victor, take a look around. You may notice some cameras near the parking lots.

Who put them there and why?

A viewer named Scott asked News10NBC’s Brennan Somers: Are these scanners recording where you are coming and going and possibly selling this information?

They are tracking who’s coming in and out of mall parking lots but authorities told Somers they aren’t used to sell any data. They are Automatic License Plate Readers (ALPRS). They were first installed back in 2016.


Somers caught up with Ontario County Sheriff Kevin Henderson and his chief deputy this week because they are currently doing some upgrades. 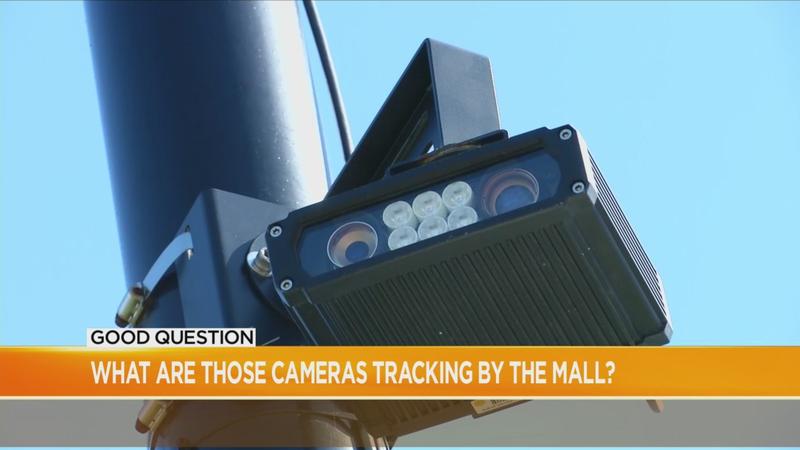 "We’re not just looking for those that come here and target this mall maybe to commit larcenies," Henderson explained. "This technology helps us locate folks that are elderly and may be lost if we have an alert a lot of times the ALPRs will put them here at the mall and we’re able to locate them."

Here’s how this works– the cameras are at the four entrances, and within seconds of a car driving in or out, the vehicle info runs through a national database for law enforcement to pick up any hits.

The new readers can do more than just read tags. They pick up make, model, color and license plate state as well. They are also used for warrants and more serious crimes including a 2019 murder out of Arizona.

The cameras picked up the suspects, Blane and Susan Barksdale, who made it halfway across the country.

"When the hit came in they had fled before we got here," Henderson said. "But the good ending to this with the ALPR hit that put them in the area, the next day they were located in Henrietta and taken into custody."

It’s easy to see why law enforcement groups want them but not everyone wants to be watched.

Critics, like the American Civil Liberties Union, have spent years demanding the public to push back. They want stricter policies on how readers are used. The National Conference on State Legislatures notes at least 16 states have laws specifically addressing ALPRs and the mass data they collect.

New York isn’t among them.

For now, the readers are at the mall, and on some deputy cruisers. That’s it for Ontario County. They used grant money for the original setup.