They believe the town is stonewalling the project.

Kent says “My neighborhood was slated for Greenlight service in the near future, however, Perinton blocked construction. We’re pretty upset and feel that this is unnecessary government interference at best, collusion at worst.”

And another neighbor says “Every town is opening their door to Greenlight, what is the specific hold up for Perinton?”

The area in question that lead to this is Selborne Chase off Route 31. Greenlight’s map says construction has been suspended. 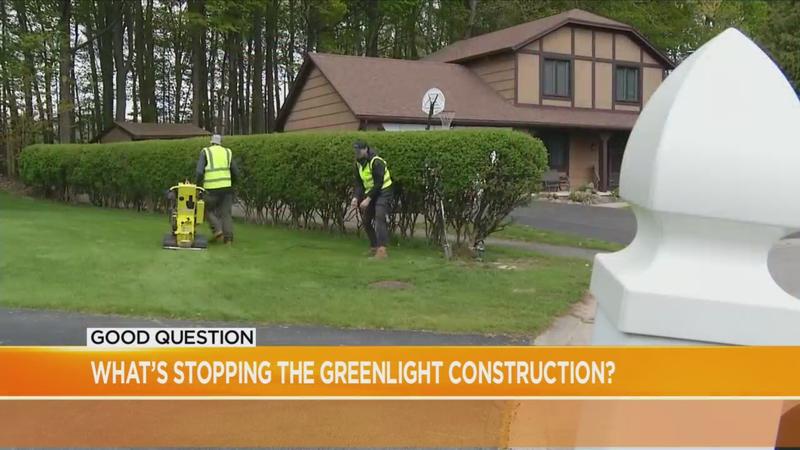 The company suddenly stopped all plans for underground work.

Somers spoke to Perinton Town Supervisor Ciaran Hanna. He told Somers this news caught him by surprise. First off, Hanna wants to make it clear there’s no collusion with Spectrum to keep Greenlight out.

The town is more than happy to have Greenlight expand.

Hanna says with most all utilities running underground in town, they have a responsibility to manage whatever is done in the right-of-way.
That can mean stricter rules to follow. Some the contractors’ drawings for the work weren’t detailed enough and there are more requirements for what gets done on site.

The supervisor says this isn’t the end. Hanna wants the company to come back to the table to hammer this out. Greenlight says this will get done once a "reasonable agreement" is in place.

Then, the underground construction will resume and some 4,000 homes will have a new option for internet.