Good Question: What’s the hold-up on the second Donuts Delite?

We know people around Rochester love their doughnuts, and they’ve been waiting a long time for the second Donuts Delite location to open on West Ridge Road.

So, what’s going on with it?

The new– second location for the donut shop should’ve been open by now, as it was supposed to open in June, then July, and then it was hopefully by August… And so on. We still have no grand opening yet, and that won’t happen for a while.

News10NBC’s Brennan Somers spoke to Salvatore Fantauzzo, most people know him as "Soccer Sam." He says they are 99% done, but the last hurdle is a big one. 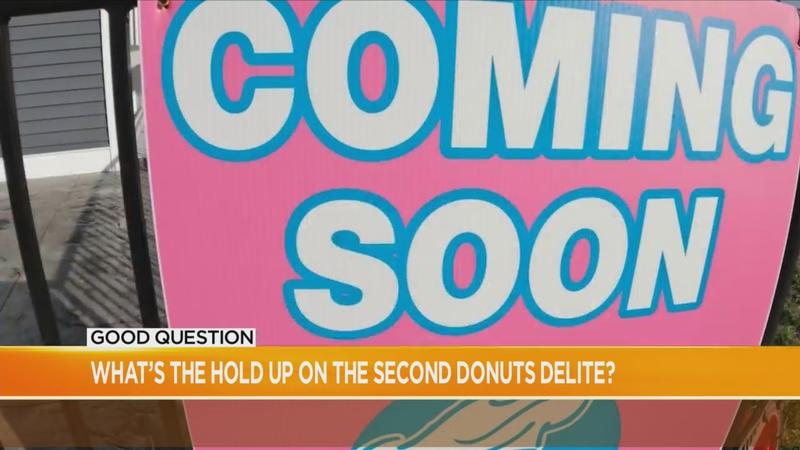 He told Somers the supply chain backlog, which is hitting every industry in the pandemic, is making it so they can’t get all the equipment they need to get up and running. Fantauzzo said they’re missing things like the cooler, mixers, and fryers. The equipment is either in transit– a pretty loose term these days– or companies are waiting on parts to send orders.

Somers was told the opening date now is early 2022, January to be specific. This would mark 11 years under the current ownership.

Fantauzzo told Somers it’s bittersweet– as they really wanted the founder of Donuts Delite Robert "Bob" Malley to see this day come, but he died a week ago at the age of 86.

Malley and his family opened the iconic donut store on Culver Road back in 1958. The Malley’s ran it until 2005. In 2009, the Salvatore’s Pizza family re-opened it with Malley’s blessing, sharing his original recipes.

That second location coming to West Ridge Road is at the former Dog House on the city’s west side. DD took over the property three years ago.

Fantauzzo has his fingers crossed that come January– the doors will open.