Good Question: When are the e-scooters coming back

ROCHESTER, N.Y. (WHEC)—Where are the rides around town?

This is about those new electric bikes and e-scooters. Thousands of people use them to get from place to place in Rochester. But right now, they’re gone.

That is by design.

Hundreds of bikes and electric scooters from the company called HOPR are off the streets, and they won’t come back until it stops snowing. 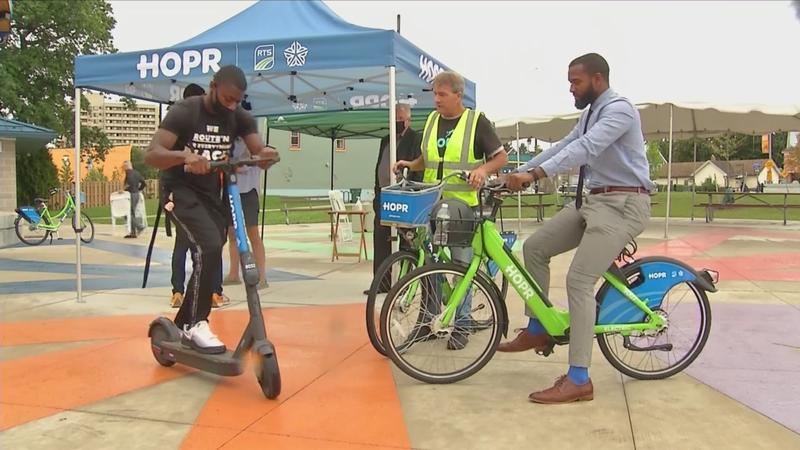 SOMERS: "People have noticed they’re gone, so when were they taken out?"

CARPENTER: "They were taken out Nov. 1."

SOMERS: "Do you know when they’re coming back, what is the tentative plan?"

CARPENTER: "If we have a normal spring, on or about April 1, sometimes we have snow at that point so it’d be a little bit later than that but April 1 is the target date."

RTS has a contract with HOPR for the bike program. Hundreds of them rolled out throughout the year including pedal bikes, electric-assist bikes, and fully powered scooters.

Somers checked the numbers to see just how popular they are:

That wasn’t even for a full season which they will have next year.

For now, HOPR has them parked for maintenance in a storage location in the city.

CARPENTER: "The number of scooters and bikes we want to increase next summer because we had people calling saying I want to rent one but I can’t find one, which is a better problem to have than I see them all around but no one using them."

There’s a science to how this works all through analytics. These rides aren’t just for fun.

CARPENTER: "RTS will be expanding it into more towns and beyond our reach, working with HOPR to do that. We got some grant funding to expand where there might be zero-car households or a household where there’s several adults but only one car."

As for issues, you may recall Rochester’s old ‘Pace’ bike share program. It had problems a few years back when hundreds of them disappeared, many were stolen or misused.

Those didn’t come with GPS tracking like the HOPR rides. Pace left abruptly last year. Then the city brought HOPR in as the new vendor.