Good Question: Who is that wanted man on the billboards?

Editor’s Note: This story has been updated to reflect the suspect’s capture.

A viewer named Christopher asked News10NBC’s Brennan Somers: Who is he? And what’s this case all about?

Somers looked up that information. James Toatley is wanted on two counts of murder and attempted murder. He’s accused of firing at a car with four passengers. Two of the victims were killed.

But that didn’t happen in Rochester or the Finger Lakes. Investigators say the double murder took place back in mid-December in Columbia, South Carolina. 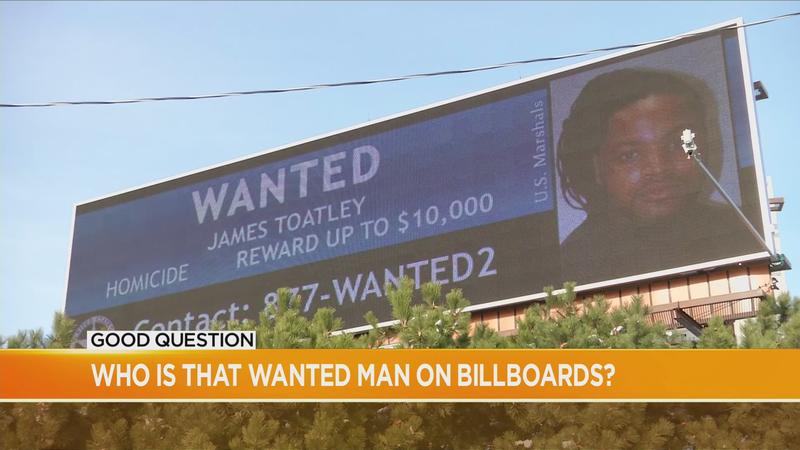 So why was his mugshot posted on signs here? U.S. Marshals told us they "blasted Toatley across billboards east of the Mississippi" and on Wednesday, we found out they caught him. The suspect was arrested in Charleston Tuesday afternoon.