According to state police, Sean Harloff is being charged with burglary and theft after an incident in the town of Bergen. News10NBC first reported on Harloff back in July after he allegedly burglarized a home and stole a car in Canandaigua. Background here. The new report from state police says the charges from Bergen are from the same day as the charges from Canandaigua — July 6.

Two days later on July 8, Harloff was arrested after leading police on a high-speed chase. Now, Harloff is facing at least two counts of burglary and two counts of grand larceny. 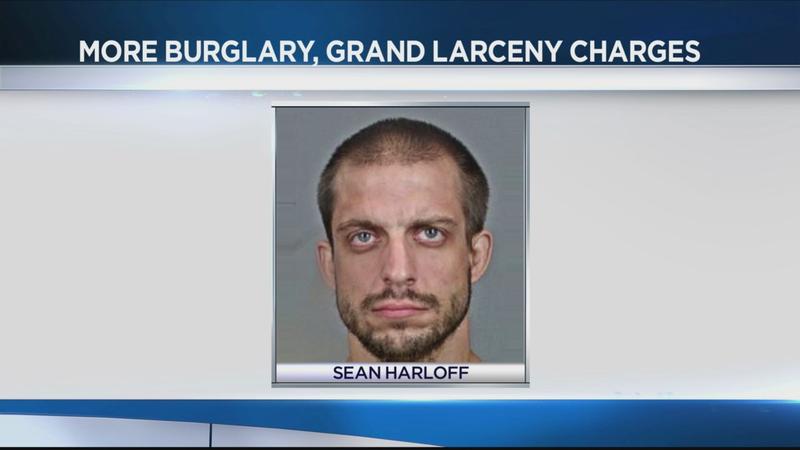