News10NBC Investigates: The rise of ghost guns in our community

ROCHESTER, N.Y. (WHEC) — The parts are ordered online for a couple hundred dollars, no background check required. When you piece them together, they become what is commonly known as a ghost gun; a fully functioning firearm capable of killing someone the same way a regular handgun can. Ghost guns have begun to flood the streets of Rochester.

In November of 2021, a woman was shot in the stomach along Gherling Place during a dispute. In January of 2022, a man wanted in a triple shooting pointed a gun at police officers while being chased along Garson Avenue. Earlier this month, two men trying to steal a car on Texas Street flashed a gun at the driver. Something these three incidents have in common: The suspects were all found in possession of a ghost gun, a firearm pieced together with parts ordered on the internet.

“They can sell pieces and parts [on the internet] which is legal,” explained Sgt. Steve Ward of the Rochester Police Department, “it’s not until you put those pieces and parts together that it makes a firearm, that’s not serialized.”

Commercially made handguns are required to have a serial number printed on them so they can be tracked and traced back to specific shootings and sold only to licensed owners.

Ghost guns are untraceable which makes them appealing to people who can’t otherwise legally purchase a handgun. 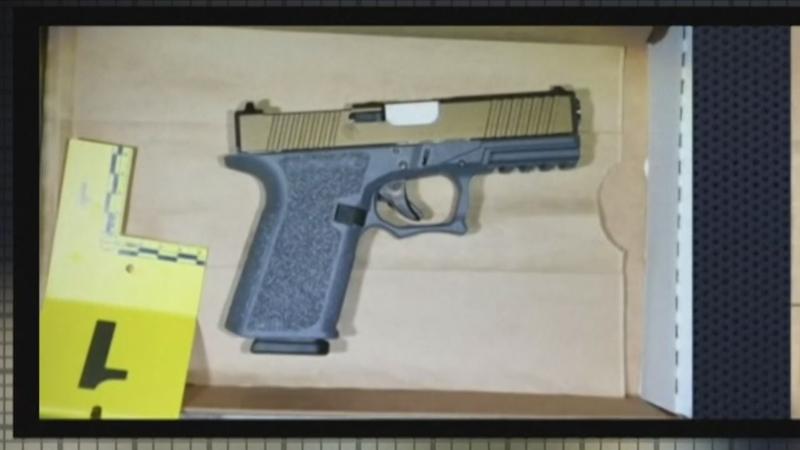 Jennifer Lewke (News10NBC) – You don’t have to be a genius to put one of these things together either?

Sgt. Ward – You really don’t, it’s taking the manufactured parts or a parts kit that is already partially assembled and just putting them together, it’s really not that hard. Generally, they’re lesser quality, they’re not as durable and they work for a while compared to a commercially made, manufactured firearm but they are certainly just as dangerous… they still shoot the same ammunition, they can still kill people.

In 2020 when the Rochester Police Department first started keeping statistics on ghost guns, it recovered 16 of them. Last year, in 2021, that number jumped to 45. During the first month of 2022, six have been taken off the streets.

According to new research, in the last three years, there has been a 479% increase in ghost gun seizures across the State of New York.

The Bureau of Alcohol, Tobacco, Firearms and Explosives (ATF) and federal prosecutors have also found a budding black market of those who offer to assemble ghost guns for others.

“People are buying these kits, getting them sent to their homes and just like the way someone might have a workshop at home where they build furniture or work on their cars, these people are manufacturing guns," Rodriguez said, “we’ve brought numerous prosecutions against people who have been caught manufacturing and selling these ghost guns to people in Rochester.”

Lawmakers in Albany are trying to keep up with the problem.

“Who would’ve heard of ghost guns just a short time ago,” Gov. Kathy Hochul said at a press conference in October, “this is when all of us have to keep ahead of these challenges or at least find out when something is being done to evade current laws.”

The Jose Webster Untraceable Firearms Act was recently signed by Governor Hochul and goes into effect in April of 2022. It will prohibit the sale of certain ghost guns parts ordered off the internet and require gunsmiths and firearm dealers to register and serialize any unfinished frames or receivers they possess.

President Biden has also proposed national regulations that would require serial numbers to be printed on ghost gun parts and require background checks for would-be purchasers.

In the meantime, Federal prosecutors want to make one thing perfectly clear.