ROCHESTER, N.Y. (WHEC) – After the United States Supreme Court struck down a New York State law about enhanced pistol permits, a reaction from many politicians said it would increase the number of guns and the amount of gun violence in our community.

However, typically the guns used to kill people in our community are illegal guns.

Thursday for instance, RPD charged a 23-year-old man with murder and criminal possession of a weapon for an April 9th homicide. So RPD says the alleged shooter did not have a permit for the alleged gun.

RPD says this is typically what happens with gun violence in the city—and this is what that violence does to families.

"Every time I come here I think of her last moments and it’s difficult," Deedee Boorom said standing next to the flower bed planted for her late daughter at the corner of Dr. Samuel McCree Way and Jefferson Avenue.

One year ago this week, Madison Boorom was murdered while she was sitting in a chair hanging out with friends.
No one has been arrested. 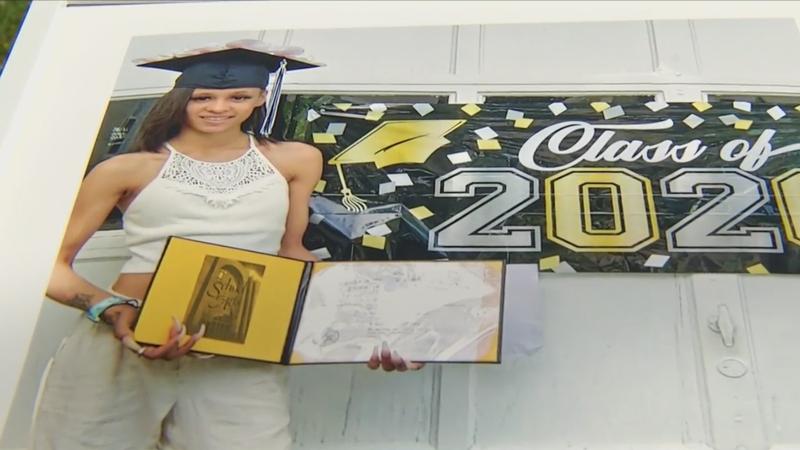 Brean: "What does an act of violence do to a family?"

The first birthday, Thanksgiving, Christmas and Mother’s Day without her daughter.

"I just posted on Facebook today that yesterday was the last of the firsts," Boorom said. "And I don’t know what to do with myself right now."

Madison Boorom graduated from School of the Arts and was talking about going back to school for nursing.

When she was killed one year ago this week, she was the 33rd homicide of the year. We’re at 33 homicides this year now too.

We’ve been trying to figure out how illegal guns end up in the city. They’re not making the guns here, so how do they get here? Want to know: when and where the gun was made? When was it sold and re-sold? When and where was it reported stolen or used in a crime?

READ MORE: News10NBC Investigates: Where do the illegal guns come from?

Every law enforcement agency we ask says they cannot release the gun trace data. A federal law in existence for about 15 years prohibits the Bureau of Alcohol Tobacco and Firearms from releasing the data. When we ask local police, they tell us to ask the ATF.

A bill sponsored by Rep. Joe Morelle designed to hold gun shop owners accountable for break-ins and thefts from the store removes the restriction on the ATF.

RPD says it confiscates about two illegal guns every day.

Brean: "You know, guns are a scourge in this city."

Deedee Boorom: "It’s terrible. It is and I don’t know what the solution is. I wish I did. I don’t know how they get the guns off the street."

RPD says there was a huge group of people around when Madison was shot and killed. Someone saw something.

The Monroe County District Attorney’s office says 67 percent of the indicted homicides this year involved a pistol. Not one of the pistols used in these crimes was a legally licensed gun.