Party in the Park returns

ROCHESTER, N.Y. (WHEC) — COVID-19 isn’t over, but many of the restrictions that kept local events from happening have been dropped. Wednesday night was the first performance of the Party In The Park Concert Series in Rochester.

Party In The Park is normally held on Thursday nights, but an extra night was added to the lineup to get more people out of the house on this summer night.

More than 1,000 fans of the Party In Park Concert Series, many dressed in their best late ’60s hippie attire, gathered at Martin Luther King Jr. Memorial Park for a night of psychedelic-inspired music. The crowd was happy to be able to attend a live music concert after being canceled last year due to the pandemic.

"I’m 100% glad that New York is opening back up," said Andrew Colley, from Greece. "We’re at full capacity you know, opening back up at 100-percent, and I’m glad we all need this as humans."

"The food is really great," said Paige Bassi. "It fun to be outside because you don’t have to wear a mask." Her brother Sam said, "And we could have fun listening to music." 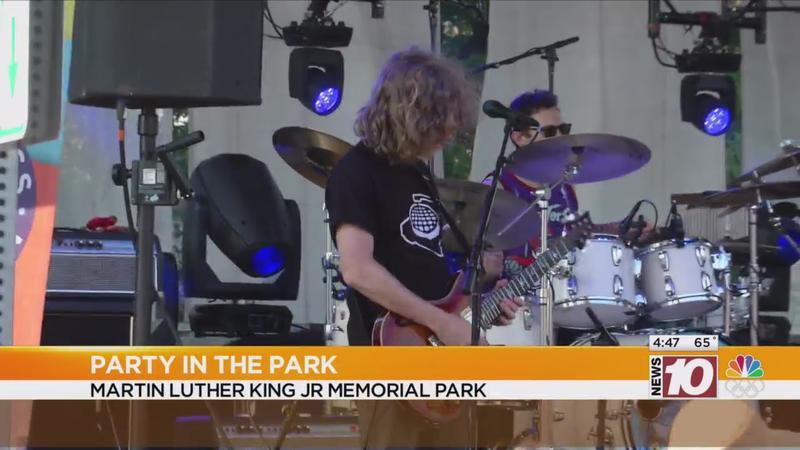 Food and beer vendors like Katie Convertino were kept busy all night long.

"There’s so many people here. I never heard of the band, but they must be pretty good. I’m excited," Convertino said.

While Pigeons Playing Ping Pong rocked the crowd, Rochester Events Communications Director Jenny Lomaglio kept her eyes on the turnout. Everyone is allowed in, vaccinated or not.

The Party In The Park Concert Series is held every Thursday night through Labor Day. News10NBC is a proud sponsor.

Take a look at the rest of the lineup.

You can buy tickets at RochesterEvents.com

Want to know what else is going on around Rochester? Check out this list.