Police: Man attempts to light another man on fire during fight in Civic Center Garage

ROCHESTER, N.Y. (WHEC) — Police say a man tried to light another man on fire during a fight in the Civic Center Garage Tuesday evening.

It happened at around 4:15 p.m. at the garage located at 55 South Fitzhugh St.

Police say the fire did not spread and they were able to detain the man who tried to set the fire but has not found the victim.

The Arson Task Force is investigating.

Police did not release any information about if charges were filed. 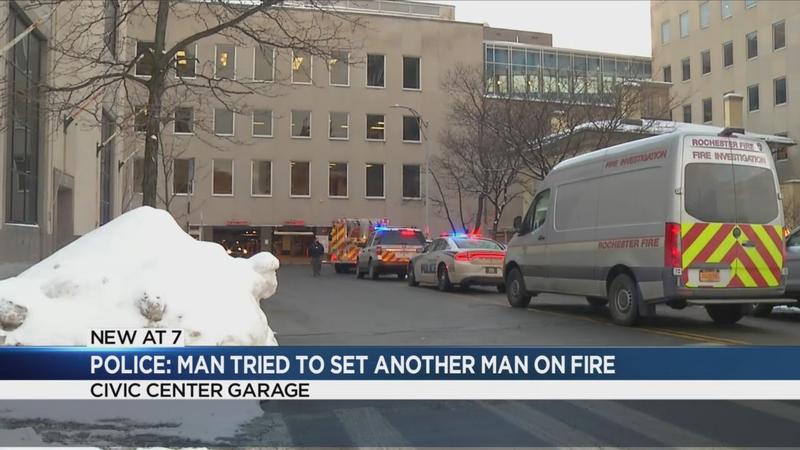 The Civic Center Garage has seen a growing number of violent incidents, including a recent case where a man was beaten in front of his wife and child with a hockey stick by a homeless man.

After that incident, security was upped at the garage.

On Friday, Police said the victim is still unknown and the suspect appears to be homeless.