Rochester unburying itself after snowstorm

ROCHESTER, N.Y. (WHEC) — After a snowstorm like the one we just had, clean-up can take days. People were still out Tuesday afternoon, shovel in hand.

Along our city side roads are a lot of people who have to park on the street. People we spoke to said they didn’t want to have to dig out their cars more than once which is why they waited.

Whether it was shovel in hand, or a snowblower, people were still digging out massive snow piles covering their cars, or driveways.

When we spoke to people Monday night, many said, they saw random people helping each other. The good works of the community continued into Tuesday. One woman was clearing out her streets sidewalks and fire hydrants.

“There is a lot of snow, typical Rochester weather and I’m just trying to help and do my part, keeping the fire hydrants clean,” Beth Guminski said.

During my @news10nbc 5 pm hit- I mentioned plow trucks having trouble maneuvering around side street parked cars- just now my photographer Robert and a MoCo plow guy helped get someone out! We appreciate you, Robert and plow guy! pic.twitter.com/jVwsHL5Gcj

News10NBC’s First Alert Meteorologists say, for now, there should be a break from the harsh winter weather. 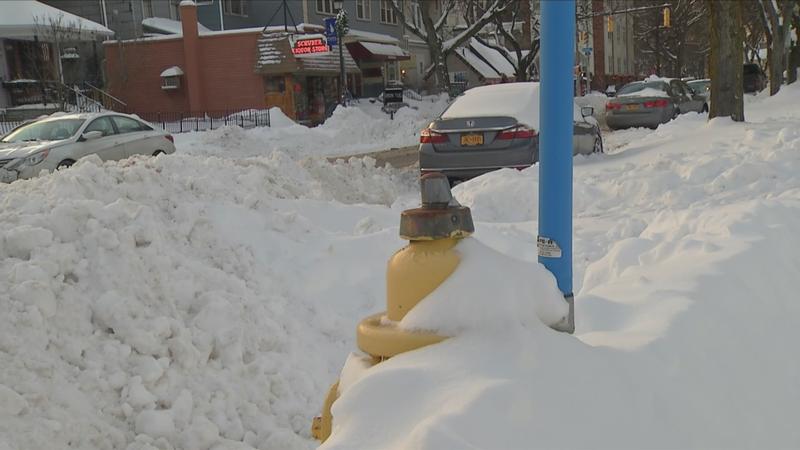