Consumer Alert: The president’s war on junk fees. Here’s how it affects you! 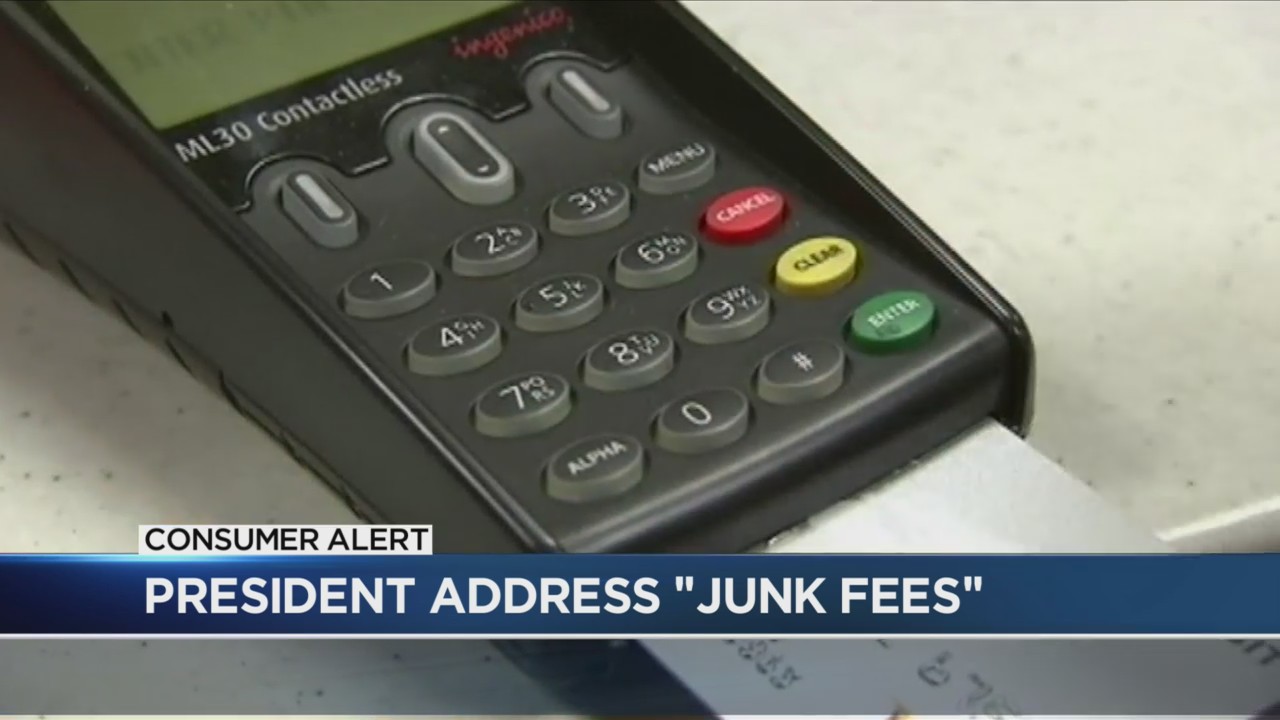 ROCHESTER, N.Y. Do you want to know what I did Wednesday afternoon? I called my credit card company and asked them to waive my late fee.

I was just two days late paying the bill and they had already tacked on a $40 fee. And my credit card issuer said yes. I suspect they were so amenable because they’ve come under a lot of pressure to get rid of junk fees. That’s the subject of this Consumer Alert.

On Wednesday President Biden held his second news conference in as many months attacking what he calls junk fees.

And he focused on a long list of fees – credit card late fees, bank overdraft and insufficient funds fees, fees for concert tickets and those notorious surprise resort fees when you book a hotel. I’ve written a great deal about those so-called resort fees. Click here for information on how to recognize them and avoid them.

There’s little doubt the president is trying to score some political points on the eve of the midterms, but according to LendingTree, President Biden may have found an issue that raises the ire of republicans and democrats alike. LendingTree recently published a survey of 1,260 credit card holders that shows that no matter your political persuasion, folks really hate junk fees, specifically credit card junk fees.

And because there’s a public appetite for cracking down on junk fees, the president says that the Federal Trade Commission has started working on a rule to crack down on unfair, deceptive fees across all industries. But in the meantime, the onus is on us as consumers to protect ourselves. With the help of LendingTree, here’s Deanna’s Do List:

· Pay down your credit card debt. With rising interest rates, it’s more important now than ever. I prefer the avalanche method, which requires that you pay off the card with the highest interest rate first.

· Consider 0% balance transfer cards and low-interest personal loans: These are some of your best weapons in the battle against credit card debt.

· Ask for help: LendingTree says 7 in 10 cardholders who asked for a lower APR in the past year got one. On Wednesday, I asked to have my late fee waived, and they said yes. It never hurts to ask.

· Build your emergency fund. Are you getting a Christmas bonus? Try to save some of it.

Lastly, something really interesting came out of the president’s press conference on Wednesday. The Consumer Financial Protection Bureau issued new guidance to banks saying that surprise overdraft fees and depositor fees for bounced checks are likely illegal and should be eliminated.

When I got married 25 years ago, a well-meaning relative gave us a $50 check as a wedding gift. The check bounced. And the bank charged me $37.50 for that bounced check. Now the CFPB is saying that fee is likely against the law. That’s good news for millions of Americans, and now I want my 37 bucks back!