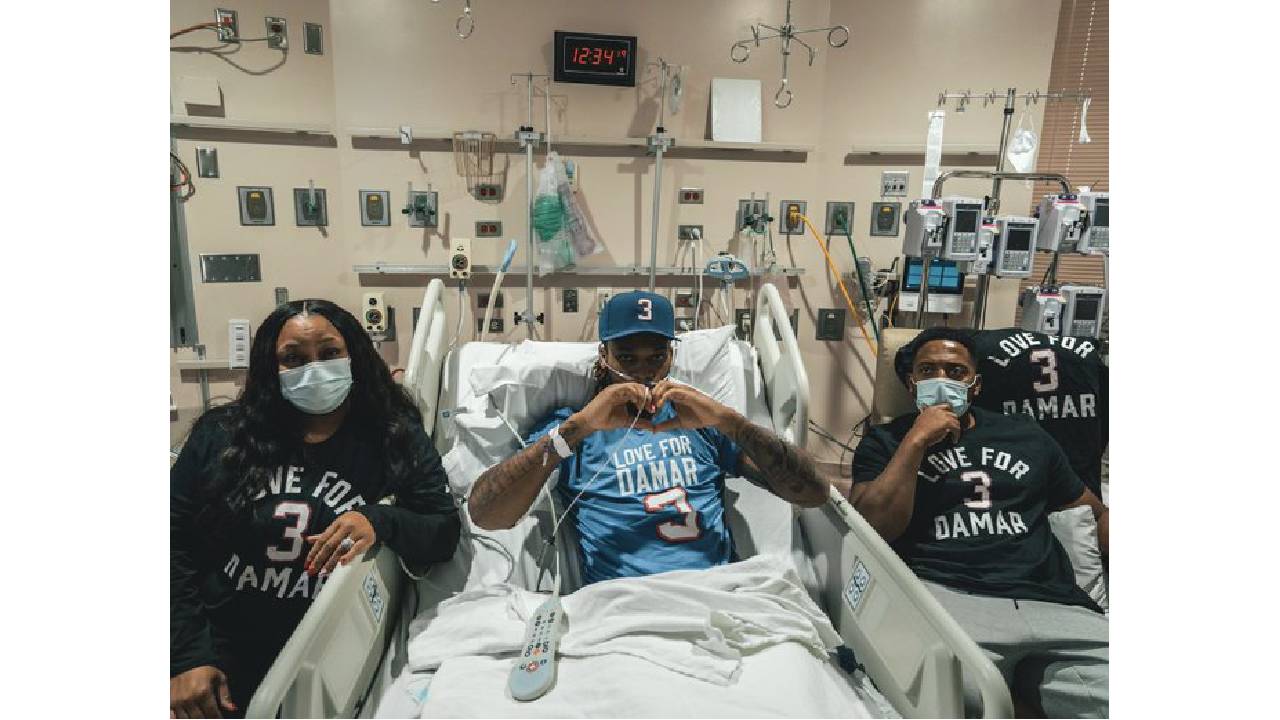 Damar Hamlin at the hospital with his parents

ORCHARD PARK, N.Y. — Buffalo Bills safety Damar Hamlin surprised football players and fans with a photo from his hospital that he tweeted during Buffalo’s game against the New England Patriots on Sunday afternoon at Highmark Stadium. You can see updates on Damar’s recovery here.

The picture shows Hamlin in his hospital bed sending love to the team and Bills Mafia, with family members by his side.

Monday night, Hamlin was rushed to the intensive care unit following a cardiac arrest on the field just minutes into Buffalo’s Week 17 game against the Cincinnati Bengals, which has since been canceled.

Hamlin, 24, has been in the intensive care unit at the University of Cincinnati Medical Center since Monday. Late last week, doctors gave encouraging news about his progress, saying he was “neurologically intact” and able to communicate.

On Saturday night, Hamlin shared a smiling Facetime picture on his Instagram page. He said he was back working and back smiling.

Hamlin has also thanked everyone who prayed for his recovery on his Twitter. His first Tweet since being hospitalized said: “Putting love into the world comes back 3xs as much… thankful for everyone who has reached out and prayed.”

The Bills tweeted a video of the #3 being sewn on their jerseys for the game on Sunday.

The Cincinnati Bengals and Las Vegas Raiders tweeted a photo of #3 painted on their field. The NFL allowed their teams to paint the #3 on the 30 yard line of their fields.