Police say he and a 16-year-old boy were walking down Atkinson Street when they were shot. Juan died. The other boy survived.

She was his seventh-grade social studies teacher at Benjamin Franklin Education Campus. She says Juan was very smart, studied hard and passed every test with flying colors. Not only was he bright, but she also said he was a friend to everyone.

Bell broke down in tears while sharing that she only taught at Benjamin Franklin for a short time. She says now she knows why. 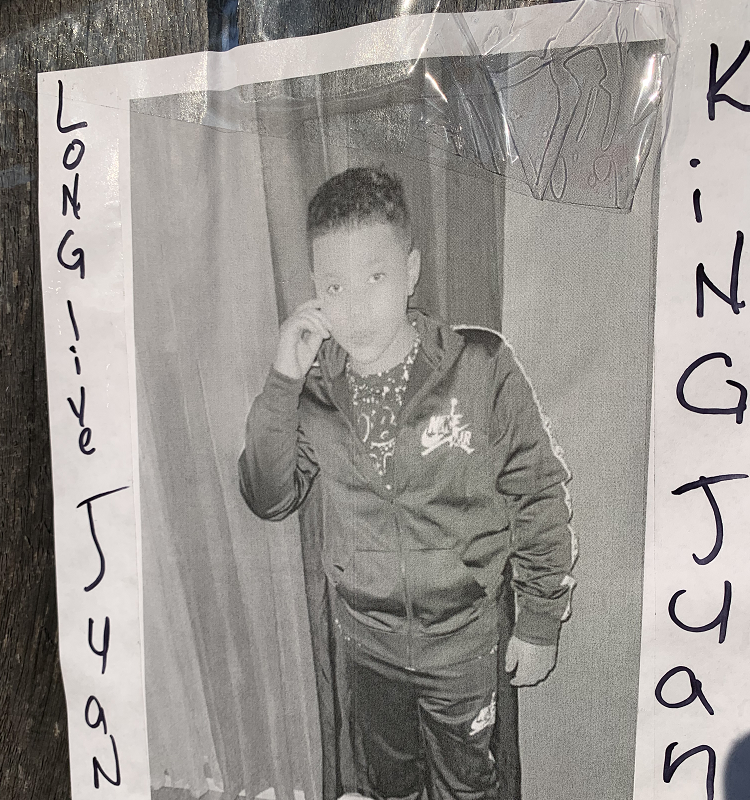 “I truly believe that’s why my short stay at Franklin was to meet Juan,” Bell said. “I believe that now, I needed to cross paths with Juan and his family. I needed to be an impact in his life, and I was offered the opportunity to eulogize my student.”

Police are still searching for his killer. Juan’s funeral service will be held Friday at noon.