Bills will take on Bengals for second-round playoff game 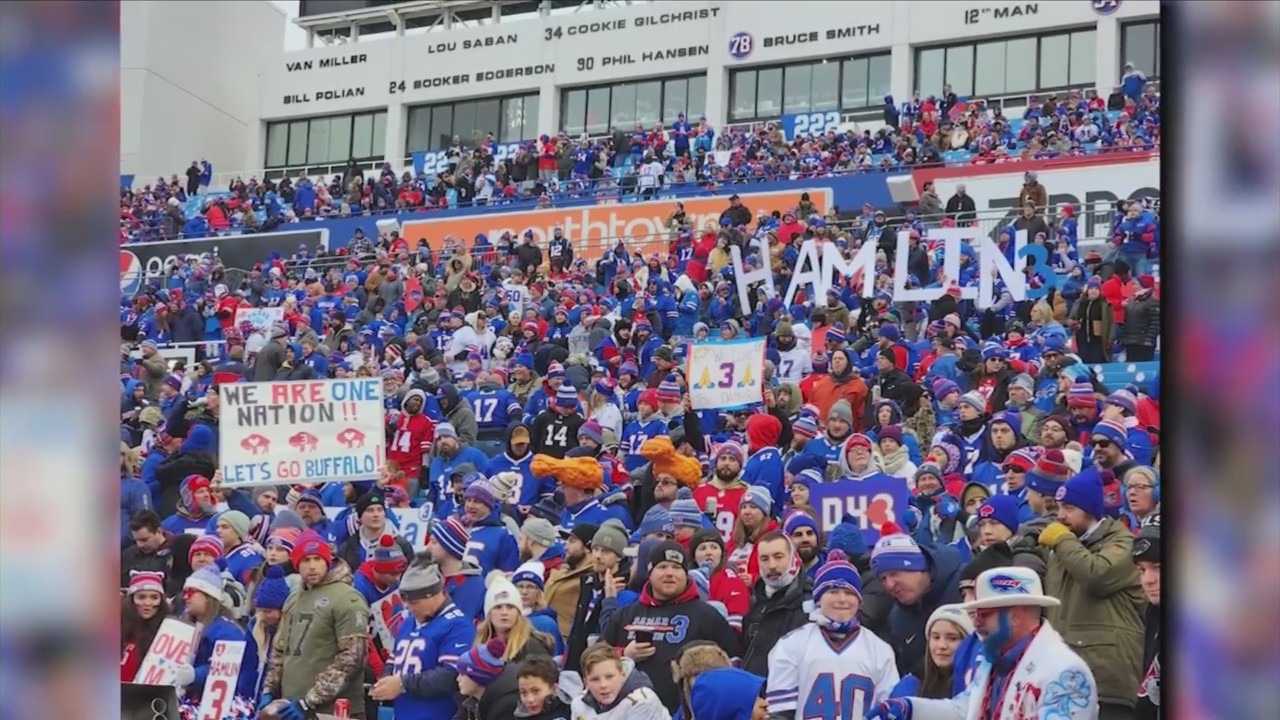 Crowd at Highmark Stadium during the Bills vs. Patriots game on Jan. 8

BUFFALO, N.Y. — The Buffalo Bills narrowly beat the Dolphins in a high turnover Wild Card Weekend game at Highmark Stadium. With the Bills winning their first postseason game 34-31, two more victories stand between them and the Super Bowl.

The Bills next opponent is the Cincinnati Bengals. The last time they faced the Bengals, the game was canceled after Bills safety Damar Hamlin went into cardiac arrest on the field. Hamlin cheered on his team from his home during their game against the Dolphins after he was released from the hospital.

Here’s what you need to know about the Bills path to the Super Bowl:

The No. 2 seed Buffalo Bills will take on the No. 3 seed Cincinnati Bengals in the second round of the AFC playoffs. The game at Highmark Stadium will kick off at 3 p.m. on Sunday and will air on CBS.

The Bills, which ended the regular season 14-3, haven’t played a full game against the 13-4 Bengals this season. Their matchup at Cincinnati on Jan. 2 was suspended in the first quarter and later canceled after Bills safety Damar Hamlin went into cardiac arrest.

The Bengals were the runner-up in last year’s Super Bowl. The team won their first playoff game 24-17 against the Baltimore Ravens.

If the Bills win against the Bengals, they’ll take on the winner of Saturday’s game of No. 1 seed Kansas City Chiefs or No. 4 seed Jacksonville Jaguars. It will be the Chiefs first playoff game because they got a bye last week.

Last season during the playoffs, the Bills fell to the Chiefs 36 to 42 in overtime in what sports analysts have called one of the most thrilling football games in NFL history. The Bills took revenge this regular season when they defeated the Chiefs 24 to 20 in October.

This year’s Super Bowl LVII will take place at the State Farm Stadium in Glendale, Arizona, home of the Cardinals. It’s on February 12 and airs on Fox.

If the Bills make it to the Super Bowl, it will be their first appearance since 1994, when they lost 13-30 to the Dallas Cowboys. The Bills appeared in four Super Bowls in a row, between 1991 to 1994 but haven’t yet come out with a victory.