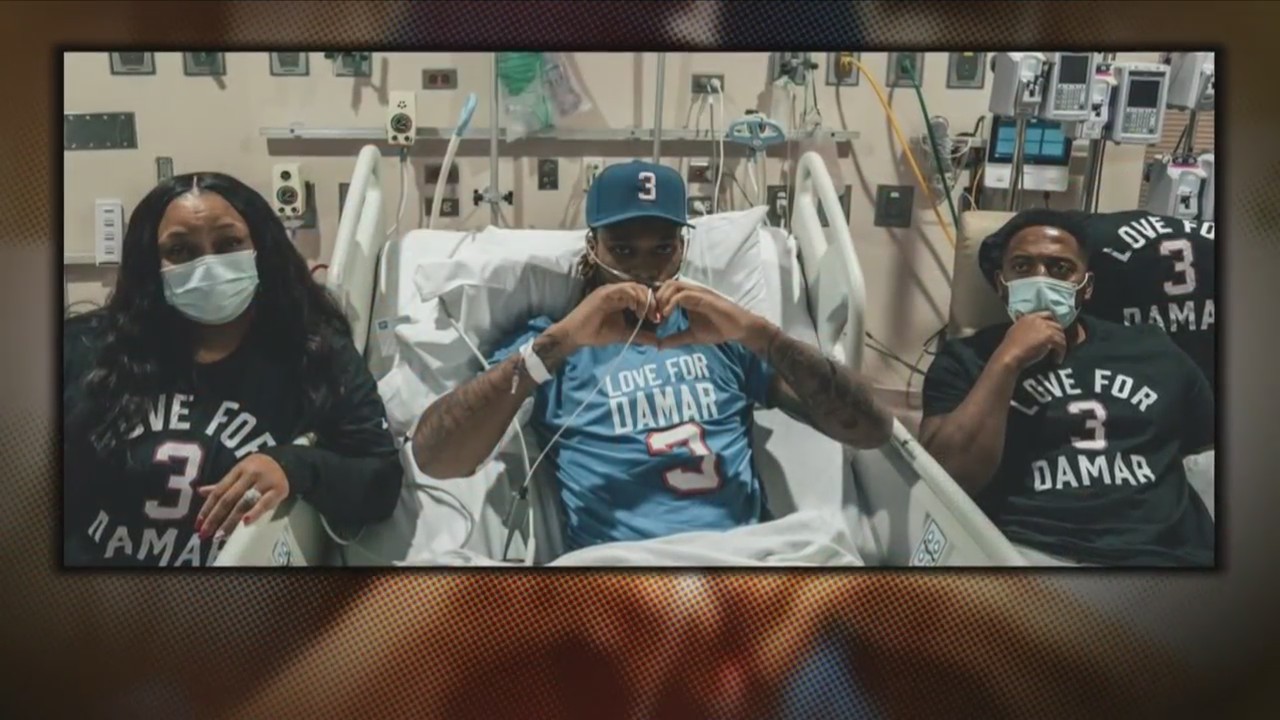 UPDATE: Despite rumors of Damar Hamlin attending the Bills v Dolphins game today, he stated in a Tweet he will be supporting his teammates from home. Hamlin says although he wants to attend, he has to focus on his recovery.

ORCHARD PARK, N.Y. — According to AP News, almost two weeks after collapsing on the field due to cardiac arrest, Damar Hamlin plans to attend the playoff wild-card game where the Bills will take on the Dolphins.

This comes after Hamlin was released from Buffalo General Medical Center on Wednesday. He was hospitalized after going into cardiac arrest during a game on Jan. 2 at the Cincinnati Bengals.

He was first hospitalized at the University of Cincinnati Medical Center, where he started in critical condition on a ventilator until his condition improved.

Then, on Monday, he traveled back to Buffalo and was admitted to Buffalo General Medical Center for some cardiac, neurological, and vascular tests.

The Bills honored Damar and the first responders who provided critical care in the moments after he collapsed on the field, at the Jan. 8 game in Orchard Park.